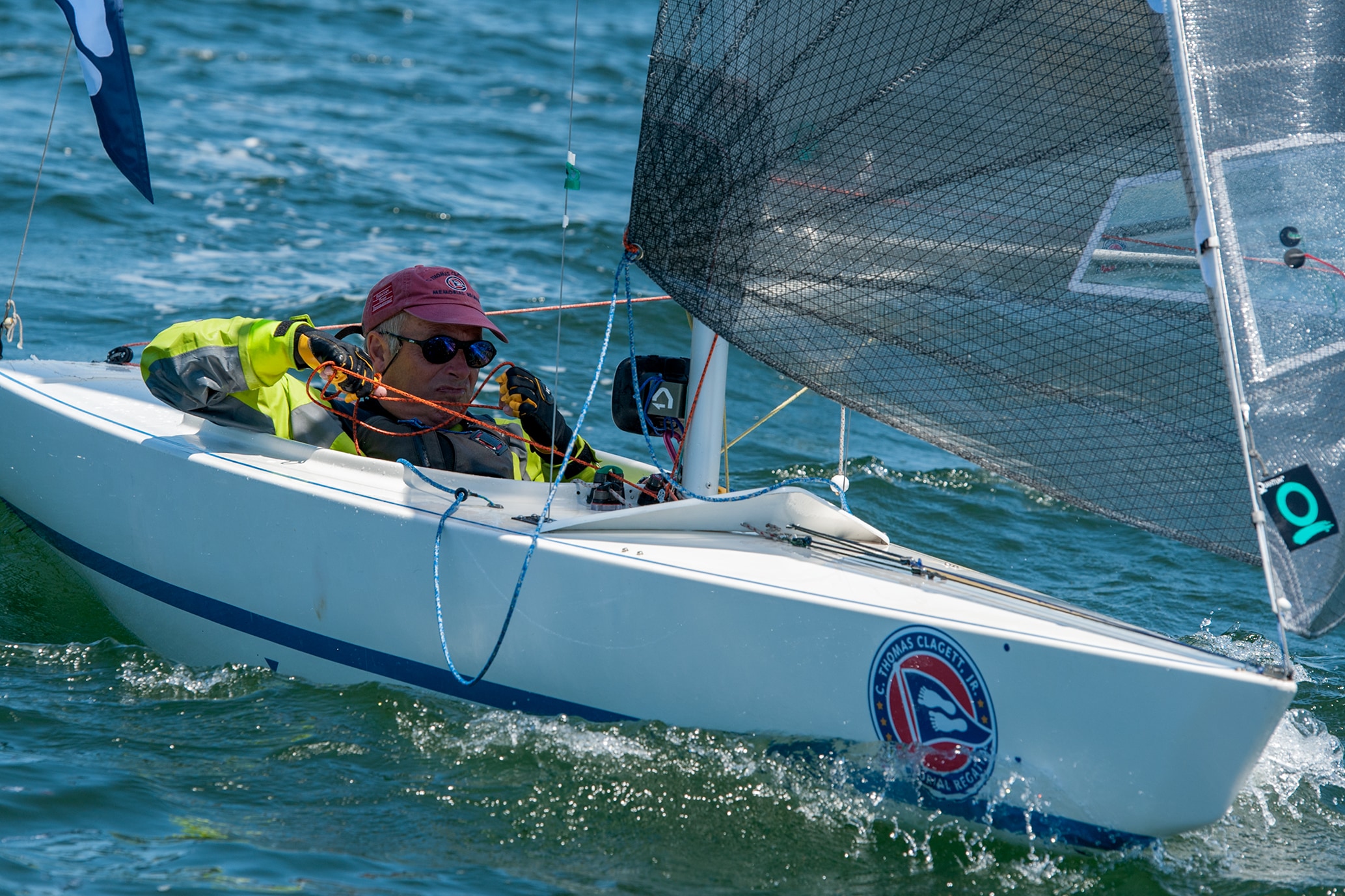 NEWPORT, R.I. (October 30, 2019) – The C. Thomas Clagett, Jr. Memorial Clinic and Regatta is pleased to announce that there will be three recipients for the 2019 Clagett Boat Grant Program.

“The Clagett Boat Grant Program is now in its fourth year and we are very pleased to announce that there will be one boat going to the U.S. and two boats going to Canada. One of the Canadian boats has been reassigned from the Challenged Sailing San Diego program to a sailor in Quebec. The Clagett Boat Grant program has allowed 10 sailors with disabilities to be able to Reach for Success and their own personal goals where they might not have been able to in the past. It will be wonderful to see so many Clagett sailors representing us at the 2020 2.4mR Para World Championships in Florida,” commented Clagett President and Co-Founder Judy Clagett McLennan (Portsmouth, R.I.).

Peter Eagar, from York, Ontario, Canada, who has sailed in five Clagett Regattas and won the overall C. Thomas Clagett, Jr. trophy in 2019, will be receiving one the 2019 2.4mR grant program boats.

“I believe that the new 2.4mR from the Clagett Boat Grant Program will get me to the next level in international competition and my consistency will improve with fewer technical equipment problems and breakdowns,” commented Eagar after hearing the news about his new boat.

Eagar started sailing when he was nine years old and racing about a year later in the International Shark 24 class. Between 1985 and 2003 he won the Shark Class World Championship four times. In 2010 he was completely paralyzed by Guillain Barre Syndrome which destroyed his peripheral nervous system and he has residual paralysis and loss of sensation in my hands and lower legs. Six of the eight muscle groups below his knees are non functional.

After over one year in hospital and a second year in rehab he started sailing again. He resumed racing first in the Martin 16 fleet and then in the 2.4mR. In 2015 he won the Mobility Cup in the Martin 16, and has been steadily improving in the 2.4mR standings since then. “The level of competition at the top of the 2.4mR class is definitely the toughest that I have ever faced,” he remarked about the class he will be sailing in at the 2020 2.4mR Para World Championship at Davis Island, Tampa, Florida. The 2020 Para Worlds will be held as a subset of the Open 2.4mR Worlds for the first time and Eager is aiming for a top eight finish.

The second boat from the 2019 program will go to John Seepe from Danville, Virginia. Seepe, who was hit by an Uber driver in California in November of 2018, lost his left leg and a fair amount of the motion and strength in his left shoulder and right wrist, both of which have plates in them.

“I am glad that I can now develop as I desire to the highest level in the sport of sailing and competing against some of the world's best in the 2.4mR. It gives me such focus and purpose as I believe that I am a natural sailor, pay attention to details, and competitive while finding my joy in what I love,” said Seepe who has been a life long sailor starting when he was in the US Navy in Norfolk.

He has sailed up and down the US West Coast on a Peterson 34 he owned. He lived aboard a 42 foot Whitby ketch with his wife Michelle and was planning to take it across the Pacific prior to his accident.

Seepe has a number of regattas planned for the new boat in 2020 including the Clagett Regatta in Newport in June and in November the 2.4mR Para World Championship.

In 2018 the Challenged Sailors San Diego program from San Deigo, California received a 2.4mR from the Clagett Boat Grant Program, but unfortunately was not able to use the boat as they expected. This boat has been reassigned to a Canadian sailor, Erick Poirier from Repentigny, Quebec, Canada, who has sailed in two Clagett Regattas in the 2.4mR.

“I am delighted to be a recipient of a 2.4mR through the Clagett boat grant program. I learned to sail in a Martin 16 with the Association Québécoise de Voile (AQVA) in Montreal starting in 2007 and was soon an active participant in their race training program. I discovered the 2.4mR when a fellow AQVA member, Scott Lutes, purchased one. I fell in love with the boat and eventually bought my own which I raced in several regattas, including two Clagett regattas. Unfortunately in 2015 I had to stop sailing due to health reasons. Fortunately for me my condition has improved and I am able to start sailing again. I am really looking forward to resuming training, as well as participating in regattas. I am also really looking forward to reconnecting with the 2.4mR “family” and their great camaraderie. I greatly appreciated their openness to sharing sailing advice, not to mention their patience with my English, which is limited!” remarked Poirier.