Clagett Sailing has been known as The C. Thomas Clagett, Jr. Memorial Clinic and Regatta and has grown from a small five boat regatta in 2003 to a multi-dimensional program which still is fulfilling our original mission.

Clagett Sailing will be presenting:

In August 2002, a small group of people gathered to discuss how to take sailors with disabilities to an elite level of sailing in order to increase the talent pool of U.S. sailors vying for Paralympic competition.

This discussion led to the formation of the C. Thomas Clagett, Jr. Memorial Regatta, first held in August 2003, with the help and support of Tom Clagett’s daughter and granddaughter, Judy and Stephanie McLennan. The event is sanctioned by US SAILING and the Organizing Authority is Sail Newport.

This event is dedicated to the memory of Tom Clagett who was a strong, tough, driven person who was committed to the values of Corinthian sailing and sportsmanship. Those close to him, and at times even some not so close, were never left in doubt of where he stood on any given issue that was important to him. 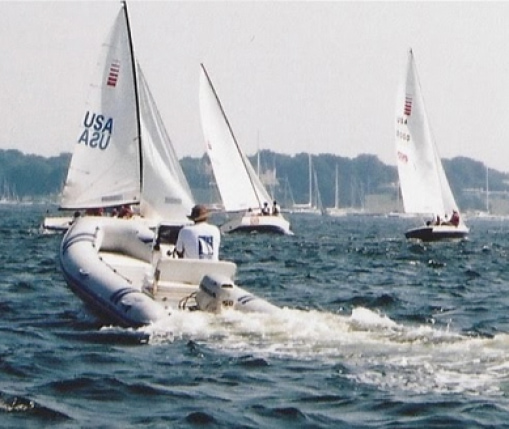 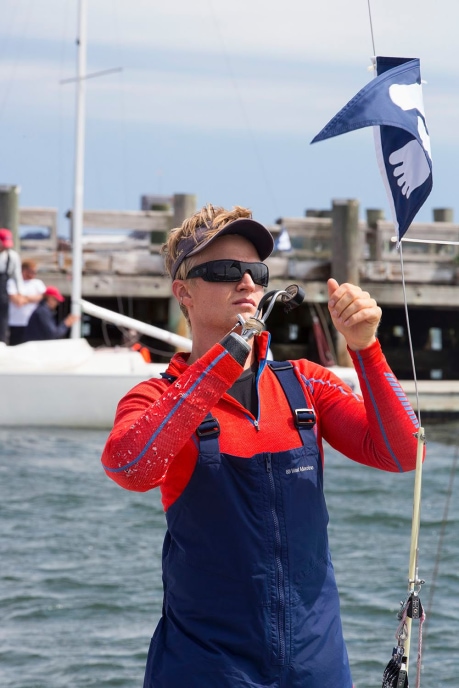 When Tom was a young man he was stricken with Meningitis which left him temporarily paralyzed. Fortunately this was a temporary condition, but it left Tom with a respect for the accomplishments that people with disabilities are able to achieve as well as their daily challenges.

In 2003, Clagett started with five New England teams, sailing in Sonars, competing for the C. Thomas Clagett Jr. Trophy. In 2006 the Clagett Memorial Regatta was a USDST qualifier for the SKUD18 class, as approved by the Olympic Sailing Committee. It was also the first part of the 2007 USDST qualifiers for the Sonar class. In 2010 Clagett became it's own charitable organization.

Building on its mission to provide sailors with disabilities the opportunity to improve their skills and reach personal goals through world-class coaching and competition, Clagett hosted the Sail Newport Blind Sailing National Championship from 2008 to 2011. The growth of the event from offering racing in Sonars (2003), to include 2.4 mRs (2005) and SKUD18s (2006) allows us to fulfill Clagett's goal of providing sailors with disabilities not only the knowledge and tools to improve their skills but also the opportunity to test them in competition. In 2012 the blind sailors wanted to move their championship to September. They will always be welcomed back to Clagett in the future.

In 2018 and 2021 Clagett partnered with US Sailing to host the US Para Sailing Championships. The event attracted 47 sailor participants in three classes of boats: Sonars, 2.4mRs and RS Venture Connects.

In 2022 Clagett's Board met and voted to change The C. Thomas Clagett, Jr. Memorial Clinic and Regatta's name to "Clagett Sailing." Clagett Sailling encompasses the various programs and services presented by the organization. Clagett has continued to grow since 2003, adding the annual Clagett/Oakcliff Match Racing Clinic and Regatta in 2016, the Boat Grant Program and the LifeJacket Study and most recently in 2020 Team Clagett.

Everyone involved with Clagett Sailing is considered to be amongst the best in their fields of expertise. Sail Newport offers a world class Regatta Site and Race Management expertise. The Judges all have their International and or their National qualifications. The Coaches are headed up by Betsy Alison, herself a top sailor.

Clagett Sailing's volunteers, staff, coaches are race committee are dedicated to achieving the same goal of sharing their invaluable knowledge with the sailors in order to expand the talents of U.S. sailors with disabilities and help them attain their individual dreams and represent the U.S. at National and International competition. 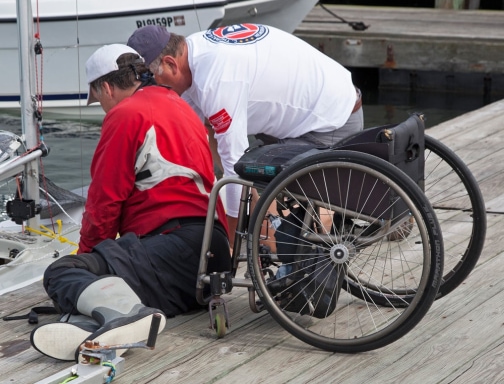