Tom Clagett was born in Washington, D.C. Each summer of his youth he spent time on his cousin’s farm in Maryland where he learned to sail dinghies on the Chesapeake Bay. He graduated from St. John’s College in Annapolis Tom served in the US Navy during WWII in the Pacific and returned home to a career with companies in energy fields.

In 1940 Tom married Nancy Leiter. Nancy, who was an extremely accomplished sailor on her own right, had an 8 meter designed and build by Arthur Shaumar. She campaigned her 8 meter, consistently beating well known sailors such as Charles Francis Adams and William T. Aldrich.

Tom sailed a great deal with Nancy, but would seldom crew for her in a race. “She was too tough” he would later admit. They shared 37 years of marriage, cruising the waters of the US East Coast from Maine to the Caribbean. They supported many America’s Cup boats starting in 1964, which Tom continued to support until the mid 1990s. 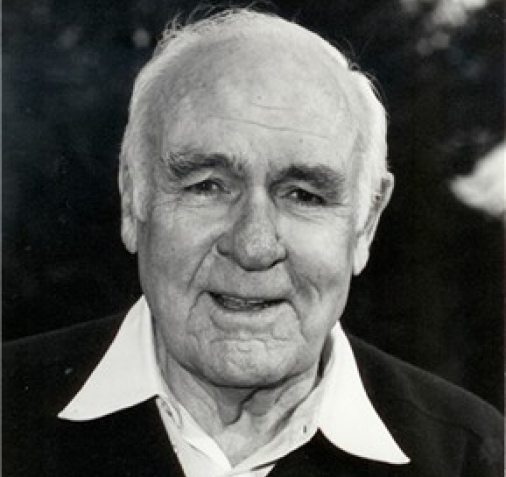 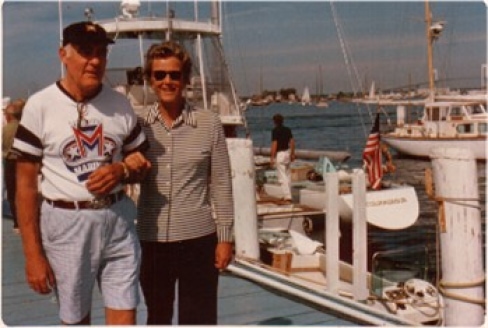 After Nancy died in 1977, Tom donated six Lasers and a Trophy in her memory to The Ida Lewis Yacht Club. The Leiter Trophy is now US Sailing’s Jr. Women’s Single Handed Championship.

Later Tom saw the need for Junior Women to also have a double-handed championship and through US Sailing he initiated The Ida Lewis Trophy, named in honor of the lighthouse keeper, which is now US Sailing’s Jr. Women’s Double-Handed Championship.

In his youth Tom came down with Meningitis, which left him temporarily paralyzed. He was fortunate that the condition was temporary, but it left him with a respect and appreciation for the accomplishments that disabled persons are able to achieve.

Tom’s friends in the sailing community knew him also by the names of Senator Claghorn and Bubba. He was a man who had strong convictions and lived by his principles. He was strong, tough, fair, driven and dedicated to the values of sportsmanship and Corinthian values. Those close to him and even some not so close, never were left in doubt of where he stood on any given issue that was important to him.

Tom served on many charitable boards including, The Chesapeake Bay Maritime Museum, St. Michaels, MD and The Mystic Museum, Mystic Connecticut and the United States Naval Academy Foundation. He was one of the original members of the America’s Cup Hall of Fame Selection Committee.

Tom was devoted to sailing and had a love of honest rivalry that was dedicated to quality competition. He always reminded everyone that they could achieve anything they wanted if they just put their mind to it and “Reach for Success.” He would be very pleased that Clagett Sailing was initiated to assist sailors with disabilities to further their sailing capabilities in hopes of “bringing home the gold.”

In August 2002, a small group of people, led by Robie Pierce, gathered to discuss how to take sailors with disabilities to an elite level of sailing in order to increase the talent pool of U.S. This discussion led to the formation of the C. Thomas Clagett, Jr. Memorial Regatta, now presented by Clagett Sailing, first held in August 2003, with the help and support of Tom Clagett’s daughter and granddaughter, Judy and Stephanie McLennan. 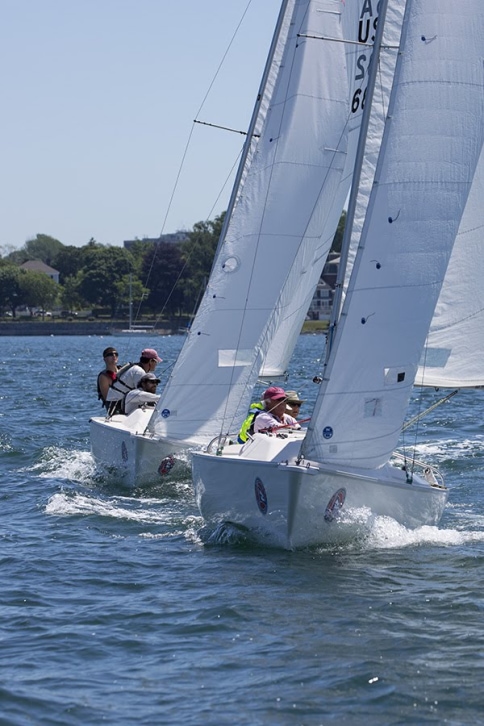