World class coaching line up for The Clagett 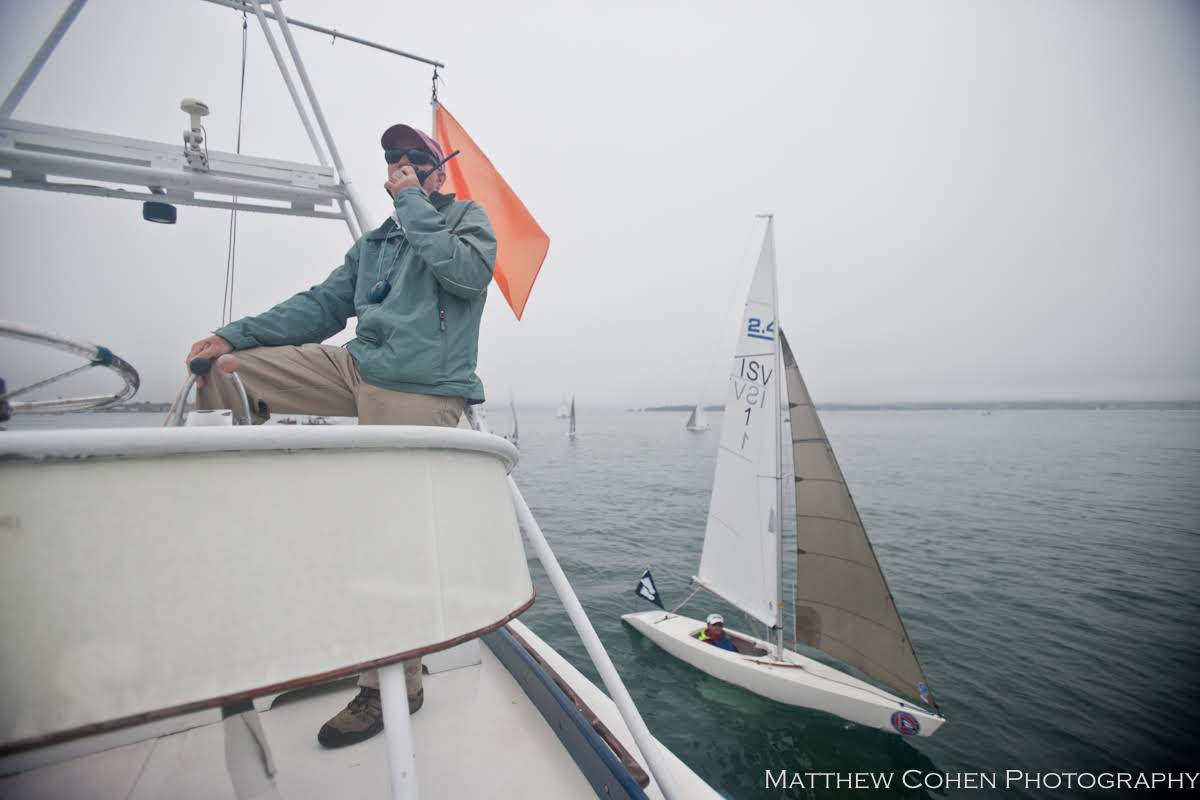 NEWPORT, R.I. (May 15, 2015) – “We are thrilled with the world class coaching line up which our Head Coach Betsy Alison has assembled for the 13th year of the C. Thomas Clagett, Jr. Memorial Clinic and Regatta” said Judy McLennan, Co-Founder and President. “ One of our founding missions is to provide our sailors with the best coaching possible in order to help them develop their sailing skills, which for many transcends and assists their off the water life as well, by building confidence and self assurance. These coaches will help the sailors “Reach for Success”.

The 2015 Clagett clinic and regatta has an international line up of coaches who will be working with the competitors. The Clagett sailors have access to the coaches both on and off water through out the clinic and the regatta and will benefit from knowledge and skills development over the course of the four day event.

Betsy Alison (Newport, RI), who as the US Sailing Team Sperry Paralympic Coach, will be heading the coaching line up as Head Coach for the Clagett. Alison, who coached sailors to medal in the 2012 Paralympic games with a silver medal in the SKUD 18 class, has been involved with the Clagett regatta for many years. A five times Rolex US Sailor of the year, Alison was inducted in the 2011 inaugural class of the National Sailing Hall of Fame and has been twice honored as USOC Coach of the Year. "The coaching group this year will bring a vast array of skills and techniques to the table and Clagett participants will benefit from multiple years of knowledge from these five coaches .The clinic and the coaching through out the regatta at The Clagett has proven to be extremely important to the experienced sailors as well as those who are new to sailing as an adaptive sport," said Alison.

Joining Alison and returning as a Clagett coaching alumni are Mike Pinckney (Balboa, CA) and Bill Shore (Newport, RI). Pinckney, who is currently head sailing coach at Balboa Yacht Club has been instrumental in helping the southern California youth match racers excel on the national and international scene and a SKUD 18 specialist. Mike was coach for SKUD 18 sailor Nick Scandone at the 2008 Beijing Paralympic Games when he and crew Maureen McKinnon-Tucker won gold. McKinnon-Tucker has sailed regularly at the Clagett in a variety of classes. Pinckney was coach for the Canadian SKUD 18 team at the 2012 Paralympic games where the team placed fourth and he is currently working with the US Sailing Team SKUD 18 sailors. In 2008 Pinckney was honored with the Edward F. Kennedy Trophy and is a previous multiple winner of the Governor's Cup. - Mike grew up in Southern California in a very competitive youth sailing mecca. He has had much success sailing many classes of boats during his own sailing career. Mike is also a US Sailing Level 3 coach.

Bill Shore (Newport, RI), returns to The Clagett again to work with the 2.4mR class. Shore retired from competitive Sailboat Racing over 10 years ago. He had accumulated up over 50 World, Continental, National and Midwinter Championship titles. Since then he has focused on helping others hone their skills while climbing the ladder to their own successes.

Nancy Haberland (Annapolis, MD), grew up sailing on Lake Michigan just north of Chicago. After college, she coached at J/World for several seasons and began training for the Olympics. She has been fortunate enough to attend three Olympic games, as a training partner in the Europe Dinghy, once as a competitor in the Yngling class, and also as an athlete liaison for USOC at the Paralympics in China in 2008. Haberland has been a skipper or crew on the winning team at several World and North American Championships. Currently she lives in Annapolis, MD where she has been a coach for the US Naval Academy Varsity Offshore Sailing Team for 13 years.

Brian Todd (Nova Scotia, Canada), was awarded the Sail Nova Scotia Sailor of the Year for 2012 for his a significant contribution to the sport and is currently a Vice President of the International Association for Disabled Sailing and a member of the IFDS Executive Committee. Todd has coached both the National and Provincial sailing teams and worked with Sail Nova Scotia and Sail Canada for over 20 years. In 2008 Todd led the Canadian Paralympic sailing team to gold and bronze medals at the Beijing Paralympic Games and the London 2012 was his second Paralympic Games. Todd has coached at one Olympic Games, five Canada Games, one Pan Am Games and countless World Championships in various classes. Athletes Todd has worked with have won medals at all the sailing Games he has coached at except the 1984 Olympics.

Should the number of registered competitors grow beyond the preferred sailor/coach ratio of 7 to 1, The Clagett has one more world class coach in mind to bring on board.