Words of wisdom for the sailors at 16th Clagett Regatta and the 2018 U.S. Para Sailing Championships 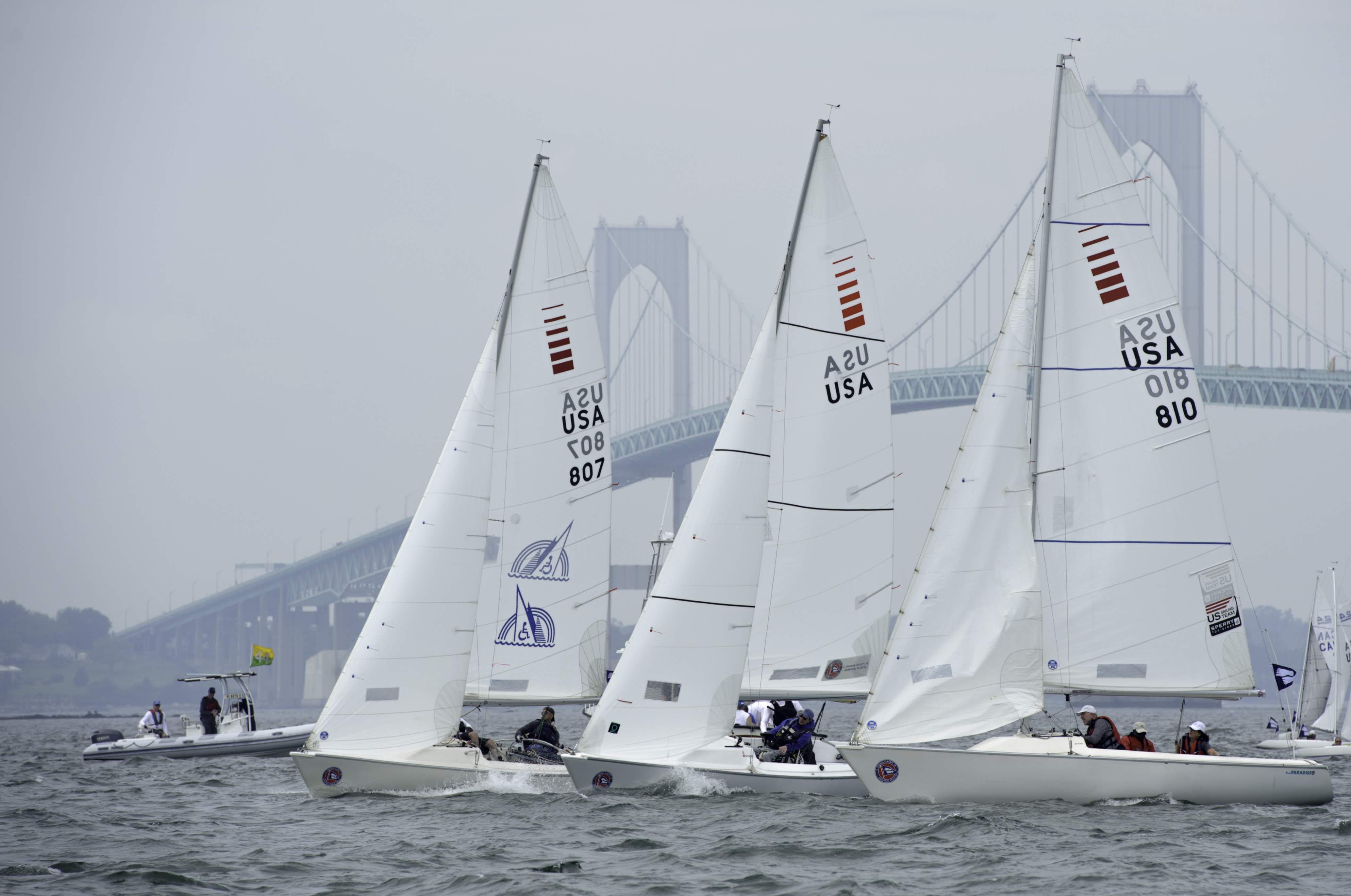 NEWPORT, R.I. (June 21, 2018) – For the 46 sailors who are attending the 16th annual C. Thomas Clagett, Jr. Memorial Clinic and Regatta and the 2018 U.S. Para Sailing Championships in Newport RI, two days of coaching will be put to use tomorrow when the racing begins.

This year the coaching team of Dave Perry, Dave Dellenbaugh, Brian Todd, Betsy Alison, Nancy Haberland and Ken Legler have all brought a wealth of sailing knowledge and skills to the table for the sailors to take out on the water and put in to practice.

Attending his 10th Clagett coaching clinic and regatta is Rio Paralympic Silver medalist Rick Doerr, who this year is racing with two new crew in the Sonar, is acting as a mentor to a graduate of the Warrior Sailing Program, Dawn Hart. Also racing with Doerr is Charles McClure who is a long-time Clagett sailor.

“Today was the culmination of two challenging days of race training camp with the Sonar coach Dave Perry. Dave never took his foot off the gas and treated us the same as any other sailors so he really pushed us to limits we might not have necessarily known we had. That’s what we are here for, to get pushed and learn all the time,” said Doerr after the coaching clinic wrapped up.

Hulme-Lawrence commented after the coaching clinic, “This is a fantastic opportunity to work with incredible coaches. I’ve had the opportunity to train in Canada with a number of former Paralympians and this clinic and regatta let's me take it to the next level. I have a number of take a way’s I want to achieve from The Clagett, one being to learn from new coaches.”

Racing for the next three days of the regatta will be the 2.4mR class for single handed sailors, the RS Venture Connect for the double handed fleet and the Sonar for the triple-handed fleet. For the first day of racing the forecast is for an Easterly breeze building to 15 knots by later in the day.

After the three days of racing the trophies which will be awarded for the sailors competing in The Clagett will be, the C. Thomas Clagett, Jr. Trophy, the Susan B Johnson - Sportsmanship Award, the Larry Gadsby - Most Improved Award, the Nick Scandone - Spirit Award and the Robie Pierce and Gene Hinkle - Seamanship Award will be presented to sailors taking part in the regatta.