Winners at the 14th Clagett are announced 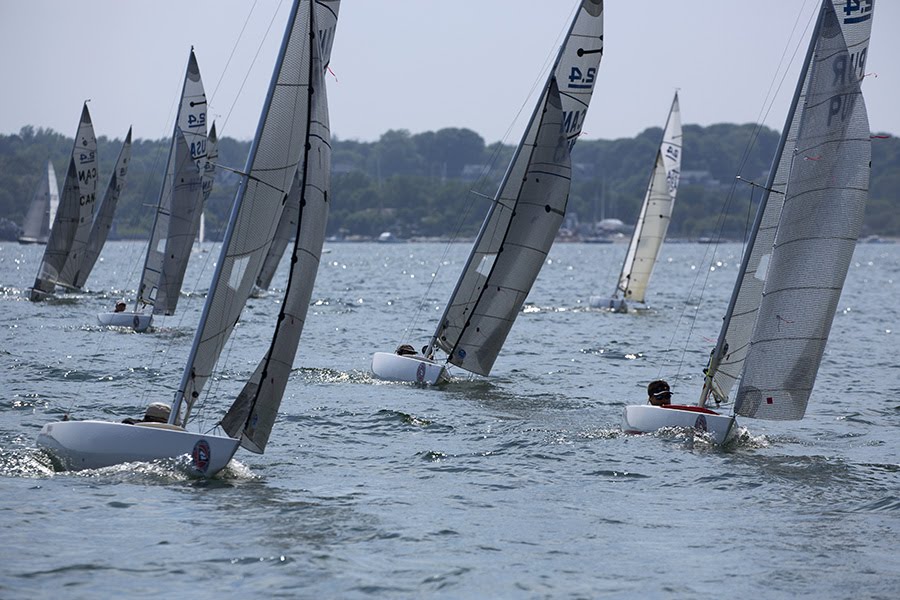 NEWPORT, R.I. (June 26, 2016) – The final day of the 14th C. Thomas Clagett, Jr. Memorial Clinic and Regatta has been raced and the winners in the 2.4mR and Sonar classes have been decided. The race committee took the 17 boats out to a course set up between Rose and Goat Islands with the Pell Bridge as a backdrop. The South East breeze started out at eight knots building to 12 knots over the three races.

After a challenging final day of racing Puerto Rico's Julio Reguero managed to hold off challenger Charlie Rosenfield (Woodstock, CT) to take the win in the 15 boat 2.4mR class, by five points. Second and third places were tied on points with Rosenfield and Dan Evans (St. Petersburg, FL) finishing on 29 points and Rosenfield took the second place on a tie breaker. "Racing has been really tough with speed and tactics making it a tough fleet to sail against, a bad day can send everything down the drain for you. I enjoyed being back racing at The Clagett. I am planning to do the Clagett/Oakcliff Match Race clinic and that will be my first time match racing which I am really looking forward to as I will be sailing with my son," remarked Reguero at the end of racing today.

Principal Race Officer (PRO)Tom Duggan (East Sandwich, MA) commented after the four days, "The weather was spectacular, conditions were perfect for these boats, it's very rare see four days like this on Narragansett Bay. I never had too much or too little wind to cancel racing. The 2.4mR fleet very competitive and it was especially fun to watch today for the final day of racing."

"We've had another fantastic four days at the 14th Clagett with the clinic being conducted by world class coaches and the racing being run by a world class PRO. The 17 boats that have been here have enjoyed fantastic conditions and we look forward to next year when we will be celebrating the 15th year for The Clagett and we would like to invite all Clagett alumni sailors back to join us at the celebration. We would also like to send our best wishes to all the Clagett alumni sailing in Rio in September", commented Clagett co-founder and President, Judy McLennan (Portsmouth, RI). She continued, "We also look forward to seeing many of the sailors from this regatta in Oyster Bay for the inaugural Clagett/Oakcliff Match Race clinic in July. The Clagett would like to thank our sponsors, volunteers, and supporters who make it possible to have the event each year."

The dates for the 2017 Clagett will be June 21-25 and held at Sail Newport, located in Fort Adams State Park, Newport, RI.