US and Foreign Paralympians Competing as Event Marks 10th Anniversary 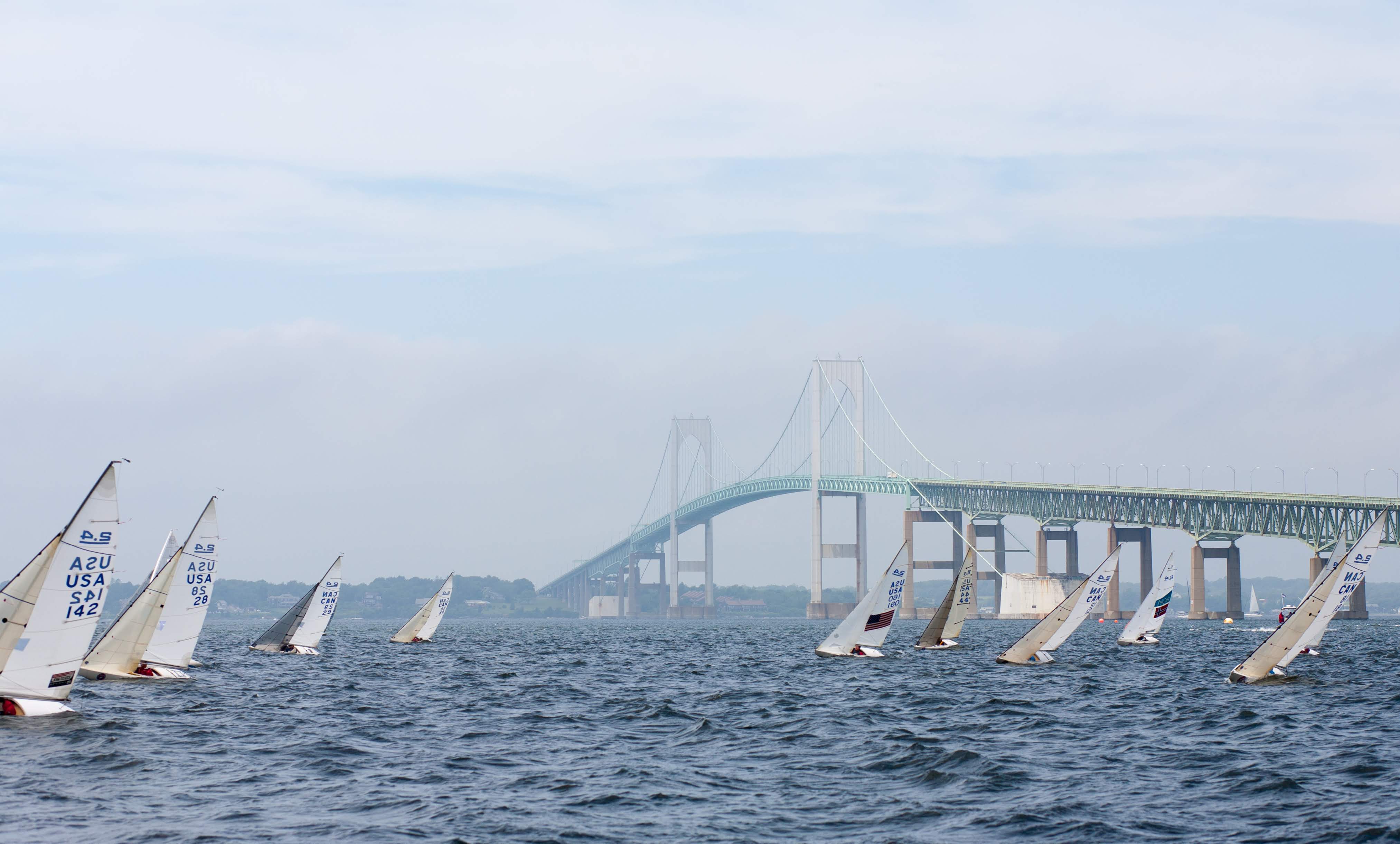 NEWPORT, R.I. (July 8, 2012) – As the sailing capital of the world, Newport plays host to a diverse spectrum of the sport, with one of the most unique events on the summer calendar now underway: the C. Thomas Clagett Jr. Memorial Clinic and Regatta. During its tenure, the Clagett has evolved into North America’s premier event for sailors with disabilities and from July 6-9 competitors are marking the 10 year anniversary of this annual event. The event’s hallmark one-day clinic took place on Friday, July 6, allowing competitors to work with well-known coaches to improve their skills before taking that knowledge and testing it during three days of racing, Saturday-Monday, July 7-9.

With London 2012 rapidly approaching, The Clagett, which utilizes the boats chosen for Paralympic competition – the three-person Sonar, the two-person SKUD-18 and the singlehanded 2.4 Metre – has again, as it did in 2008, drawn a number of sailors who will represent their respective nation at the Paralympic Games: in the 2.4 Metre, Marc LeBlanc (New Orleans, La.) and Julio Reguero (Puerto Rico); in the SKUD-18, Jen French and JP Creignou (both St. Petersburg, Fla.); and in the Sonar class, Paul Callahan (Newport, R.I.) with Tom Brown (Castine, Maine) and Brad Johnson (Ft. Lauderdale, Fla.) and the Norwegian team led by skipper Aleksander Wang-Hansen, with Per Eugen Kristianson and Marie Solberg, who are the current world champions.

As one of the last training and competition events prior to the Paralympic Regatta, which takes place the first week of September in Weymouth, England, The Clagett is positioned to assist these athletes in reaching their Paralympic goals which is the central mission of The Clagett. Another focal point is to help any sailor with disabilities reach his or her personal goals, which may be as simple as getting on the water and racing. As Sonar skipper Richard Ramos (Medford, Mass.) explained, “it feels pretty good hanging with world champions on the way to the weather mark.”

Racing for all three fleets is being conducted just south of the Newport Pell Bridge, between Rose and Goat Islands. Although conditions were light and fluky for the first day of racing, three races were completed in each fleet, as they were for day two once the breeze settled in. In the two-boat SKUD-18 class, Jen French and JP Creignou (both St. Petersburg, Fla.) are treating this event primarily as an advanced coaching clinic, with Creignou explaining that they are benefitting from the extensive experience of Sarah Everhart-Skeels (Tiverton, R.I.) and Brenda Hopkin (Fairmont Hot Springs, CAN) who have raced in the SKUD-18 for several years. After six races, the Paralympians have a one-point lead over Everhart-Skeels and Hopkin.

A more closely contested battle is taking place on the Sonar course, where the reigning world champions Aleksander Wang-Hansen, Per Eugen Kristianson and Marie Solberg (all Oslo, Norway) lead the standings in that four-boat fleet. Wang-Hansen will compete for the fourth time as a Paralympian later this summer, and Kristianson will mark his third time. It will be the first trip to the Games for Solberg. They are currently tied on points with 2008 Paralympian Rick Doerr (Clifton, N.J.) and his crew Gerry Tiernan (Falmouth, Maine) and Hugh Freund (S Freeport, Maine). In third overall with 21 points, 11 points behind the tied leaders, is Paul Callahan (Newport, R.I. /Cape Coral, Fla.), Tom Brown (Castine, Maine) and Brad Johnson (Ft. Lauderdale, Fla.). Although each has been to the Paralympics, they will see their first Paralympics as a team at the 2012 Games. Richard Ramos (Medford, Mass.), Duncan Gillespie (Charlestown, Mass.) and Steve Jewett (Winthrop, Mass.) are fourth overall with29 points.

In the 13-strong 2.4 Metre fleet, after six races the top two places on the standings are held by Paralympians: Marc LeBlanc (New Orleans, La.) with 10 points and Julio Reguero (Guyanbo, Puerto Rico) with 19. In third with 21 points and pushing the Paralympians hard is 2010 Clagett champion Charles Rosenfield (Woodstock, Conn.). Canadians Peter Wood (Ottawa, Ont.) and Jackie Gay (Victoria, B.C.), a member of the Canadian Development Team, round out the top-five with, respectively, 24 and 36 points.