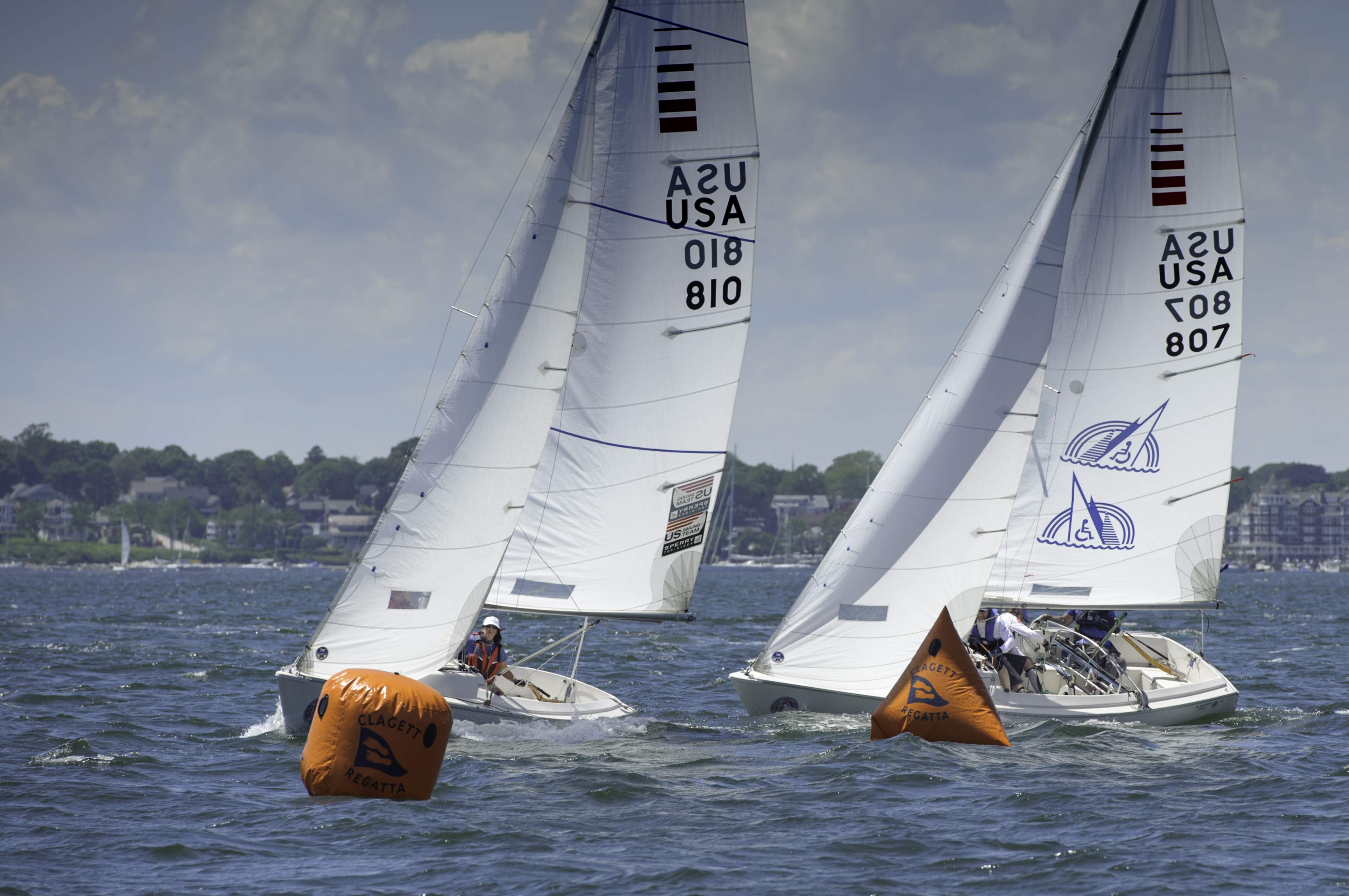 “We are very pleased that we are able to grant the two 2.4mR boats through the 2017 Clagett Boat Grant Program to two Canadian sailors on the West and East coasts of Canada. This is the second year that the program has granted boats to adaptive sailors with the intention of increasing opportunities available to adaptive sailors in North America. The Y-Knot Sailing program, in Lake George New York, received a Sonar boat from the 2016 Clagett Boat Grant Program and has utilized the boat at a number of regattas. The skills learned have helped the sailors immensely,” commented the Clagett President and Co-Founder, Judy Clagett McLennan.

From Nepean, Ontario, Shaylagh Ley first started sailing following in her mother’s footsteps. Ley has been sailing for five years out of the Nepean Able Sail program. Ley sailed in Kelowna in the Mobility Cup racing in the Gold fleet for the first time, placing fourth overall, after finishing one race in first place. She plans to race at the 2018 Clagett Regatta in June and in regattas in Nepean while learning how the 2.4mR works and aims to improve her racing and sailing skills.

“It means a lot. I didn't think I was going to get the boat and when I got the letter in the mail saying I did get the boat I was super happy and super excited and a bit nervous because I've never sailed a 2.4 before but I'm excited to learn,” said Ley after learning she will receive a 2.4mR boat through the Clagett Boat Grant Program.

In St Paul, Victoria, on Canada’s West Coast, Delani Hulme Lawrence is the second recipient of a 2.4mR boat and has been sailing for 18 years, competitively for 10 years. Hulme Lawence began sailing at four years old with her father in northern Alberta on his 16 foot Sea Spray catamaran,” that stole my heart, I have been hooked ever since,” commented I did a bit of sailing with the Sea Cadet program. Now I train, compete and am employed by the Royal Victoria Yacht Club.

“Receiving this grant means the world to me. I cannot describe how it feels to have other members of the sailing community believe in me and want to help support my dream. It is humbling, and surreal, and I am eternally grateful for the generosity of The Clagett. This grant will allow me to further my personal development and growth as both a competitor and a coach. This year we plan to travel to several events and regattas, but our Peak Event for 2018 is the Para World Championships in Sheboygan, WI. Ultimately, my goal is to qualify for Team Canada and represent my country at the 2024 Olympics in Paris,” remarked Hulme Lawrence.

Tony Pocklington from Edge Sailing in Florida, the US distributor for the 2.4mR boat, has received the boats from Finland and is currently preparing them for the two sailors. “We are very pleased to be involved with The Clagett Boat Grant Program by supplying the two 2.4mR boats to the sailors who have been awarded them,” commented Pocklington the day the boats arrived in the US.