The Clagett progresses into the next decade of supporting adaptive sailing 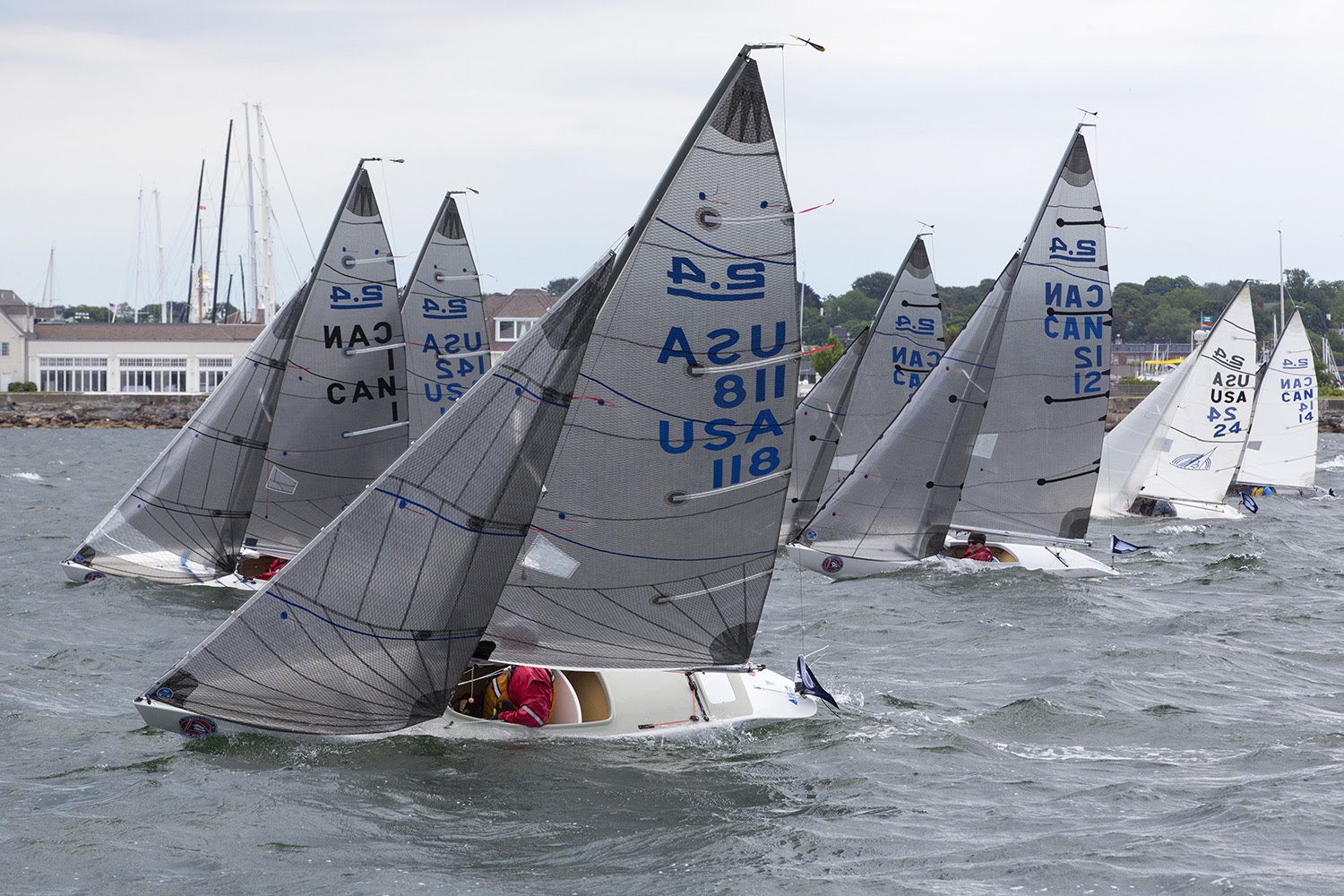 NEWPORT, R.I. (July 30, 2015) – As the curtain drew on the 13th C. Thomas Clagett, Jr. Memorial Clinic and Regatta on June 28th of this year, many of the sailors have already scheduled to return for the 14th event in 2016. The 2015 clinic and regatta was attended by 49 sailors from across the USA - California, Connecticut, Florida, Illinois, Maine, Massachusetts, New Jersey, Rhode Island, the US Virgin Islands and Canada. Sail Newport’s Alofsin Pier in Fort Adams State Park played host to the three Paralympic classes of 25 boats over the four day event.

The sailors taking part this year experienced a wide variety of conditions on the Narragansett Bay race course, which provided plenty of learning opportunities during the clinic day and three days of competition. The six members of the coaching team, led by Clagett head coach and Chairman of the Disabled Sailing Committee for ISAF Betsy Alison (Newport, RI), spent the clinic day working with the sailors on skills, technique and general sailing knowledge. Coaching continued throughout the regatta enabling coaches and sailors to capitalize on the opportunities on hand.

The Sonar fleet had eight boats racing this year and two of the teams competing were from the Warrior Sailing Program. The Canadian team skippered by Paul Tingley (Toronto, Canada) with Scott Lutes (Nova Scotia, Canada) and Logan Campbell (Saskatchewan, Canada) as crew reversed their 2014 place to win the class top honors from the American team of Rick Doerr (Clifton, NJ), Brad Kendell (Clearwater, FL) and Hugh Fruend (South Freeport, ME). Third place in the Sonar class went to Andy Fisher (Greenwich, CT) and his team of Daniel Evans (Miami, FL) and Thomas Brown (Northeast Harbor, ME). The two teams from the Warrior Sailing Program, who had taken part in basic sail training camps, then moved on to the next phase of their program, by taking part in regatta competition at The Clagett.

An initiative for The Clagett was unveiled during this years clinic day when co-founder and president Judy McLennan (Portsmouth, RI) announced that the Clagett Boat Grant Program had been established. The Clagett mission is "to provide sailors with disabilities the opportunity to improve their skills and reach personal goals through world-class coaching and competition". This mission and the newly created boat grant program will allow sailors, both experienced and novice, the opportunity to utilize a 2.4mR or Sonar boat for a designated period of time. The Boat Grant application will be posted on the Clagett website soon.

"The Clagett is moving into the next decade with a new vigor. It was terrific to see a number of new faces among the ranks this year and many familiar faces returning. The Clagett Boat Grant Program has been introduced so that we can increase the number of sailors participating in community and adaptive sailing regatta events. We hope that this program will encourage sailors to take part in a number of adaptive sailing events throughout the year and will benefit the sailors both on and off the water", commented Judy McLennan. She continued, "We hope to see everyone at the 14th Clagett in 2016, which will be held from June 23-26".