The Clagett Announces a New Class for 2019 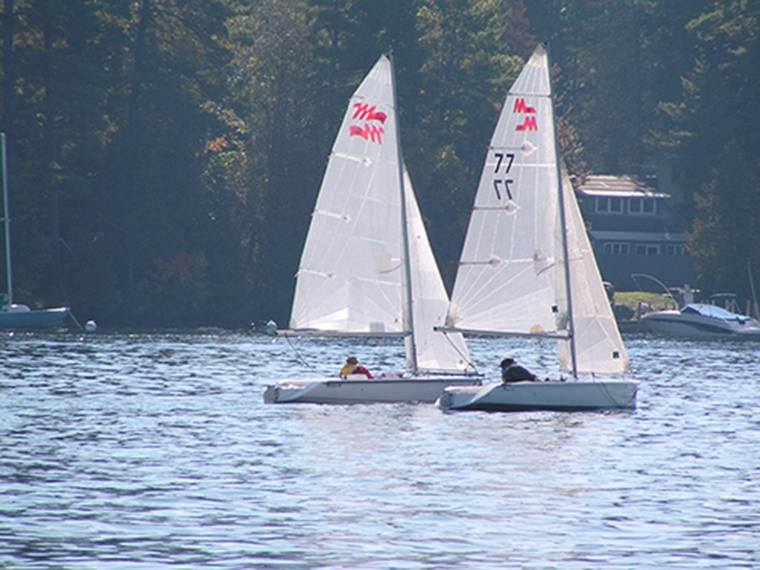 NEWPORT, R.I. (February 28, 2019) – The C. Thomas Clagett, Jr. Memorial Clinic and Regatta, being held June 18-23 at Sail Newport in Fort Adams State Park, is pleased to announce that the 2019 Clagett will include the Martin 16 class, a single handed boat.The Martin 16 will be the third class and the second single handed class at the 17thClagett Regatta in Newport, joining the 2.4mR class and the triple handed Sonar class.

“We are very excited to announce that this year, the 17th edition of The Clagett will host the Martin 16 class.The coaching line up for this year consists of five world class coaches all of whom have coached at one of the two Clagett regattas; The Clagett Fleet Racing in Newport, R.I. and the Clagett/Oakcliff Match Racing in Oyster Bay, N.Y.It is important to the Clagett’s mission to continually provide opportunities to adaptive sailors and by including the new class and the coaches we have onboard we are providing sailors the tools to “Reach for Success,” commented Clagett President and Co-Founder Judy Clagett McLennan.

President of the Y-Knot Program, Spencer Raggio commented, “Y-Knot is excited to hear that the Clagett will add a Martin 16 fleet this year. These boats have played a significant role in adaptive sailing since their introduction in the mid-1990s — we have six in our program at Y-Knot. Sailing in Newport in the Clagett is an amazing experience, and we look forward to being able to provide this opportunity to even more of our sailors with the addition of the Martin 16.” The Y-Knot Sailing Program, out of Lake George New York, was the first recipient of The Clagett Boat Grant Program with a Sonar and also has a strong Martin 16 fleet for adaptive sailors

The Martin 16, a 16 foot keel boat for one person, was launched in 1995 in Vancouver, Canada and as of 2018 159 Martin 16s have been built with another eight boats currently in production for delivery in 2019.The Martin 16 is used in programs across Canada and the US and well as the United Kingdom, Sweden, the Netherlands, Italy, Israel, Japan and Australia.

The Martin 16 is able to be equipped with the power assist equipment that allows sailors with physical disabilities to steer the boat independently with a joystick similar to those found on power wheelchairs or by using a system known as a sip and puff which the sailor steers the boat by sipping and puffing on two straws.The Mobility Cup, which is held in Canada each year for sailors with disabilities, is sailed in Martin 16s.

This year the coaching line up for the 17th Clagett Regatta includes Betsy Alison, Dave Dellenbaugh, Ken Legler, Dave Perry and Brian Todd, all of whom have coached Clagett sailors for many years.