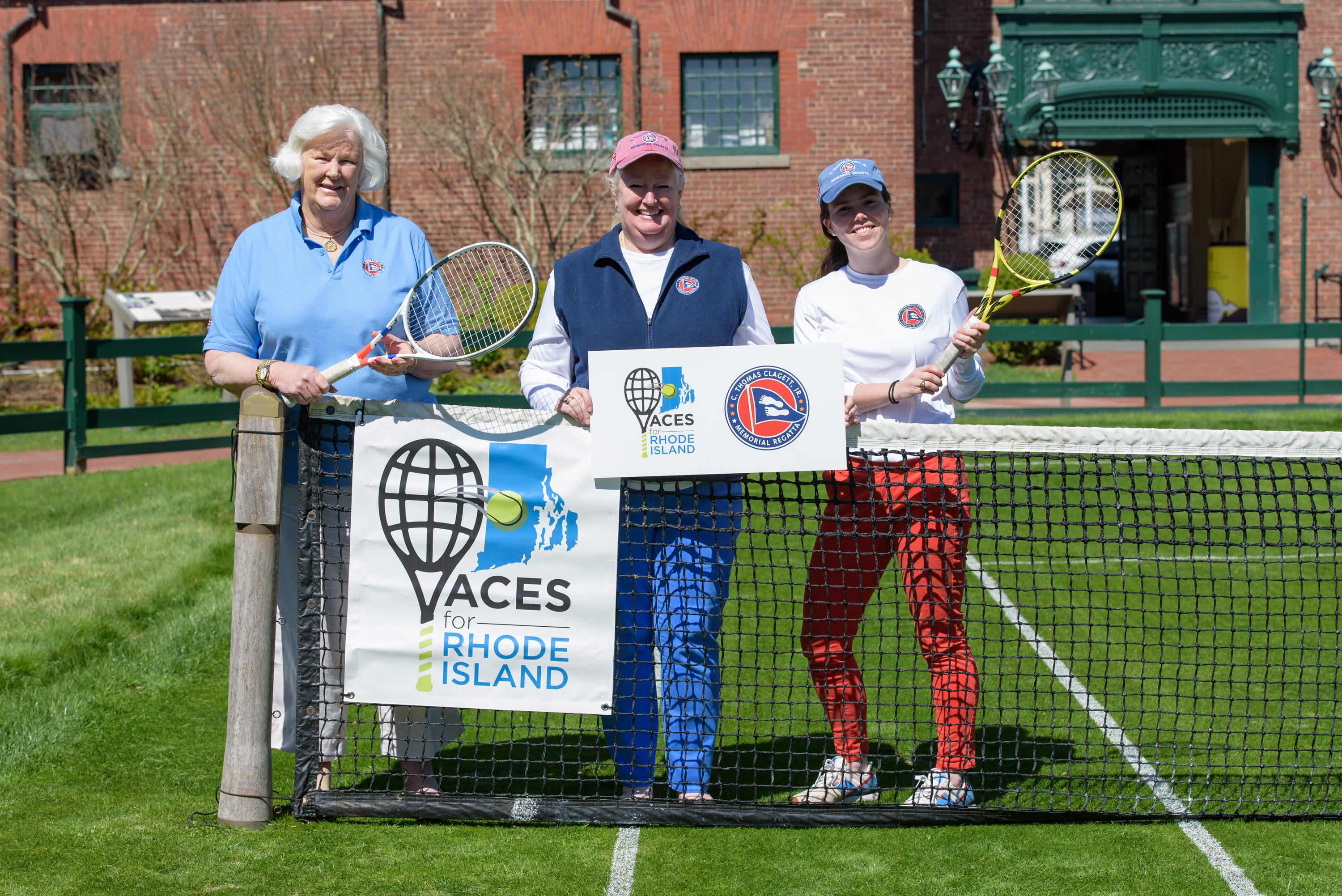 NEWPORT, R.I. (May 8, 2019) – The C. Thomas Clagett, Jr. Memorial Clinic and Regatta is very happy to announce today that they will be one of the ten non-profit partners of the International Tennis Hall of Fame for the 2019 Aces for Rhode Island program.

Through Aces for Rhode Island, the participating non-profits are collecting pledges for every ace served during the tournament. Pledges start at a minimum of 5 cents per ace, with the option to give more at the donor’s choosing.

With approximately 350 aces expected, a 5-cent pledge will bring in an approximate $17 donation and a $1 pledge could result in a $350 contribution designated to the participating charity of the donor’s choice. Aces for Rhode Island kicks off today and will run through the tournament, which will be held July 14 – 21, 2019.

“This partnership with the International Tennis Hall of Fame is a wonderful opportunity for The Clagett. We are able to teach tennis and sports fans from across the country and world all about The Clagett and the opportunities we offer to adaptive sailors from around the world. We are very appreciative to the International Tennis Hall of Fame for the opportunity to raise money and awareness about The Clagett,” commented Judy Clagett McLennan, Clagett president and co founder.

"We are thrilled to be able to utilize our tournament as a vehicle to support area non-profits and the communities they serve through Aces for Rhode Island. The tournament may be in town for just one week, but as a non-profit based here year-round, the Hall of Fame is committed to giving back to our community, and we are thrilled to be able to partner with these tremendous organizations to do so,” stated International Tennis Hall of Fame CEO Todd Martin in a press release.

This is the second year of the Aces for Rhode Island program and Clagett supporters will be able to make their ace pledges by going to the following link on the Clagett website https://clagettregatta.org/Aces-for-Rhode-Island

About the C. Thomas Clagett, Jr. Memorial Clinic and Regatta: Founded in 2003, the C. Thomas Clagett, Jr. Memorial Clinic and Regatta honors the late Tom Clagett (1916-2001), a U.S. Navy World War II veteran who learned to sail on Chesapeake Bay. As a youngster he suffered temporary paralysis as the result of a bout of meningitis; an experience that left him with a deep respect for the accomplishments of people with disabilities. The Clagett’s stated mission is " to develop a program that will enable sailors with adaptive needs to reach their personal levels of achievement.". Tom Clagett's motto was "Reach for Success", which resonates with every Clagett participant. Clagett competitors have seen medal success at the 2008, 2012 and 2016 Paralympic Games. Competitors often comment that, The Clagett, has improved their quality of life as they apply what is achieved on the water to everyday situations.

C. Thomas Clagett, Jr. Memorial Clinic and Regatta 2019 sponsors and supporters: The Clagett organization would like to thank the following 2019 sponsors - Fiduciary Trust International at the Platinum level; Newman's Own Foundation at the Gold level; American International Group, Inc. (AIG) at the Silver level; The Horance A. Kimball & S. Ella Kimball Foundation and Alice and Bruce Whelihan at the Bronze level.