The Clagett Regatta heads into its second decade 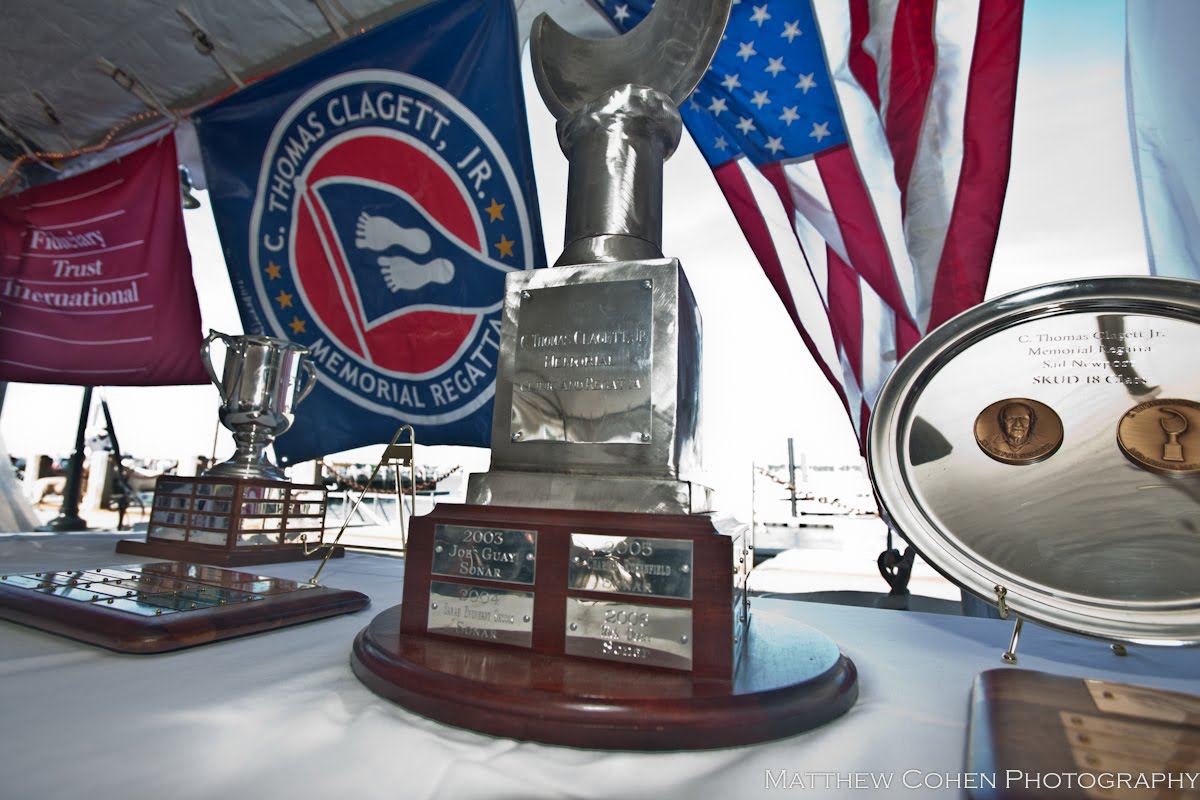 NEWPORT, R.I. (August 1, 2014) – After four days of learning, sharing and competition, the twelfth annual C. Thomas Clagett, Jr. Memorial Clinic and Regatta finished on many high notes. This year entries where the highest in the 12 year history of the event and the 51 participating sailors had the highest number of boats in two of the three competing classes, the 2.4mR and SKUD 18 classes.

The Clagett, which was founded in 2002, is the premier regatta in North America for adaptive sailing and participants in the 2014 event took advantage of the opportunity to benefit from the clinic day conducted by world renown coaches. Sailors from across the USA - California, Florida, Illinois and the New England region, Canada and the US Virgin Island made up the 50 strong competitor group who took part in the four day event.

After a productive clinic day spent with coaches, who have worked with Paralympic medalists, the three fleets of Paralympic class boats put into practice the lessons learned over the three day regatta portion of the event held on the world renown sailing location of Narragansett Bay.

Known for the high level of coaching and race management, the Clagett has established itself as a must do event on the annual calendar of disabled sailors from across the globe. Numerous sailors return to the Clagett each year as they know how much they have to gain from being involved.

One of these sailors is Clifton, New Jersey native Rick Doerr. "The level of competition at Clagett gets better and better each year, it's a spectacular event to be part of. Newport is a great location for accessible sailing resources for a sailor with disabilities. This was my 10th Clagett and I love that it is a relaxed event, it makes people sail better when they are relaxed. We are aiming for Rio games but we are having to fight off the other US contenders. I really enjoy sailing in Newport, it's a Mecca for sailing and you get fantastic coaches and help when you sail here. I think we did well at the 2014 Clagett because of our team communication, you have to be willing to work together, identify roles and execute a game plan," said Doerr after taking part in his tenth Clagett event.

A local Newport RI sailor who is aiming to represent his country at a Paralympics is Ted Green III. Green first sailed at the Clagett in 2013 and became fully aware of what the event with the clinic and regatta has to offer disabled sailors. " I have been sailing to 2.4mR for one year, my first regatta was the Clagett in 2013 and ideally I'd like to be at the 2020 games but if I made Rio even better. This event is great as you can benefit from the clinic and then put the skills and techniques into your game plan during racing," commented the 2.4mR sailor, who is next racing at the IFDS Worlds in Halifax, Nova Scotia in Canada later next month.

Of the 51 sailors who took part in the 2014 Clagett regatta 22 will line up against each other in the upcoming weeks when they take part in the IFDS World Championships taking place in Halifax, Nova Scotia, Canada. Both the US and Canadian Paralympic squads had there full team taking part during the Clagett and these team members will all be racing in Halifax. Members of the US Virgin Island Paralympic sailing team took part in the Clagett racing in the Sonar and 2.4mR classes and are aiming to qualify their country for the 2016 Rio Games at Halifax.

"One of the major things I continue to see during the Clagett is the sense of empowerment sailors taking part in this event feel. This can be carried through from the Clagett to their every day lives. Each year we see returning sailors who have gained so much from this event and they bring new participants who can see for themselves what the Clagett is all about and why it is such an important event. I look forward to seeing many of the same faces and a lot of new ones at the 13th Clagett in 2015," commented event co founder Judy McLennan.

Dates for the 2015 C. Thomas Clagett, Jr. Memorial Clinic and Regatta are confirmed for June 24-28, 2015 in Newport, RI. Racing will be conducted on Narragansett Bay and Sail Newport will again host the event.