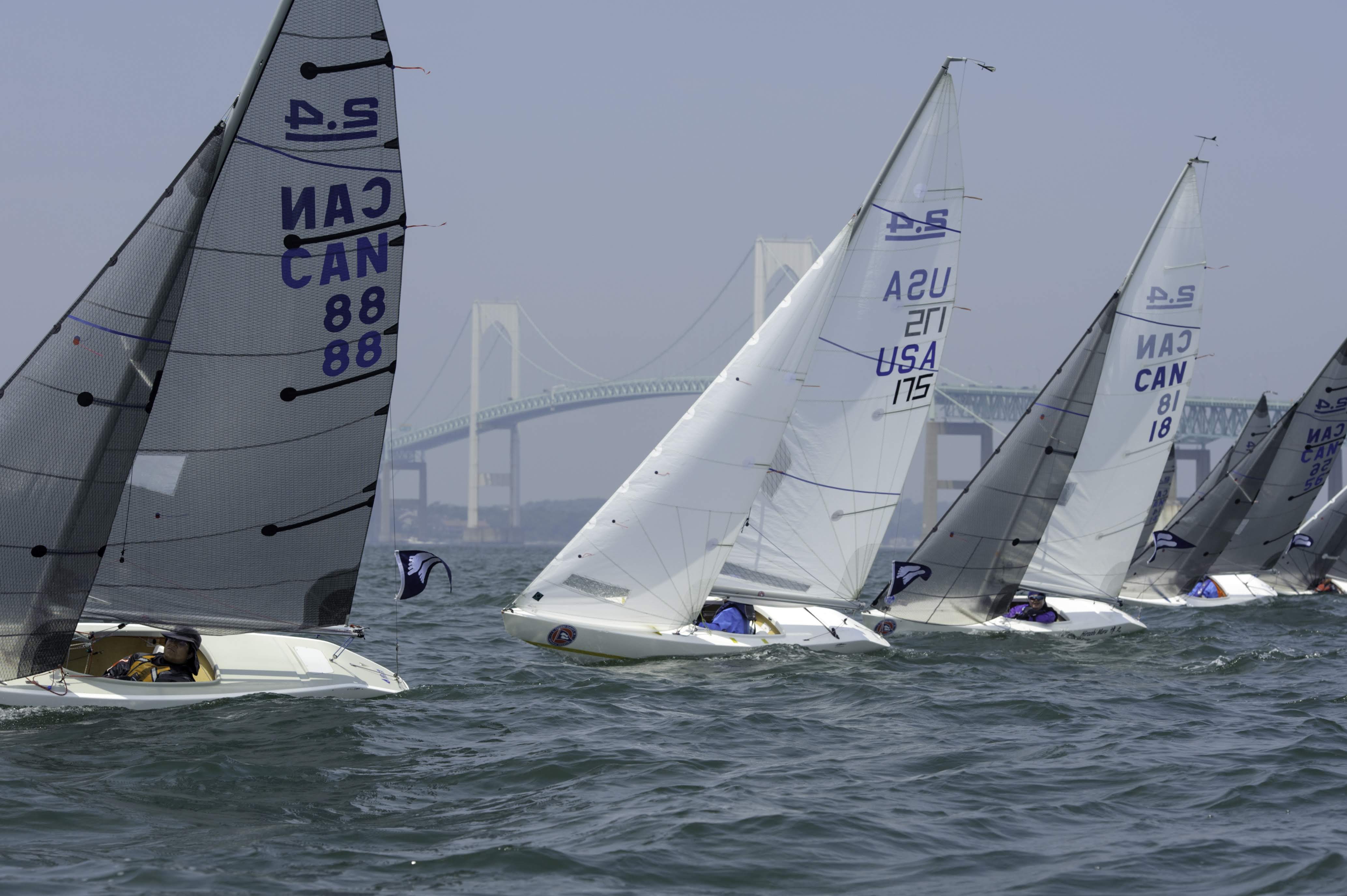 “We are very happy to announce in conjunction with US Sailing that The Clagett will be hosting the 2018 U.S. Para Sailing Championship,” commented Judy Clagett McLennan, President and Co-Founder of The Clagett Regatta. “The Clagett has a long history of working with US Sailing in an effort to provide opportunities to adaptive sailors. Over the last sixteen years that The Clagett has been operating, we have seen Clagett alumni go on to win 19 medals at the Paralympic Games and many World Championships.”

“US Sailing is thrilled with the opportunity to partner with The Clagett Regatta for 2018 U.S. Para Sailing Championships,” said Betsy Alison, Adult Director at US Sailing. “The Clagett Regatta has a long history of organizing outstanding racing and instructional opportunities through this world-class regatta and clinic for adaptive sailors. Combining competition with learning has always been a trademark of this event and I believe this year’s Championship will provide these sailors with a unique opportunity to hone their skills and race against great competition in the historic sailing venue of Newport.”

The U.S. Para Sailing Championships is one of the oldest sailing regattas in the U.S. for sailors with disabilities. The talented field often includes Paralympians, US Sailing Team members, and new contenders. This year’s championships will be raced in three fleets, all of which are adapted for sailors with disabilities. A fourth fleet of Hansa 303s may also be added to the event.

Along with the Championship trophies, the C. Thomas Clagett, Jr. Trophy, the Susan B Johnson - Sportsmanship Award, the Larry Gadsby - Most Improved Award, the Nick Scandone - Spirit Award and the Robie Pierce and Gene Hinkle - Seamanship Award will be presented to sailors taking part in the regatta.

In addition to the competition, the two boats that have been selected for potential inclusion in the 2024 Paralympic Games, the RS Venture Connect (doublehanded) and the Hansa 303 (singlehanded), will be on-site and available for the participating sailors to try. Short course fleet racing in the Hansa 303 may be conducted as a developmental class.