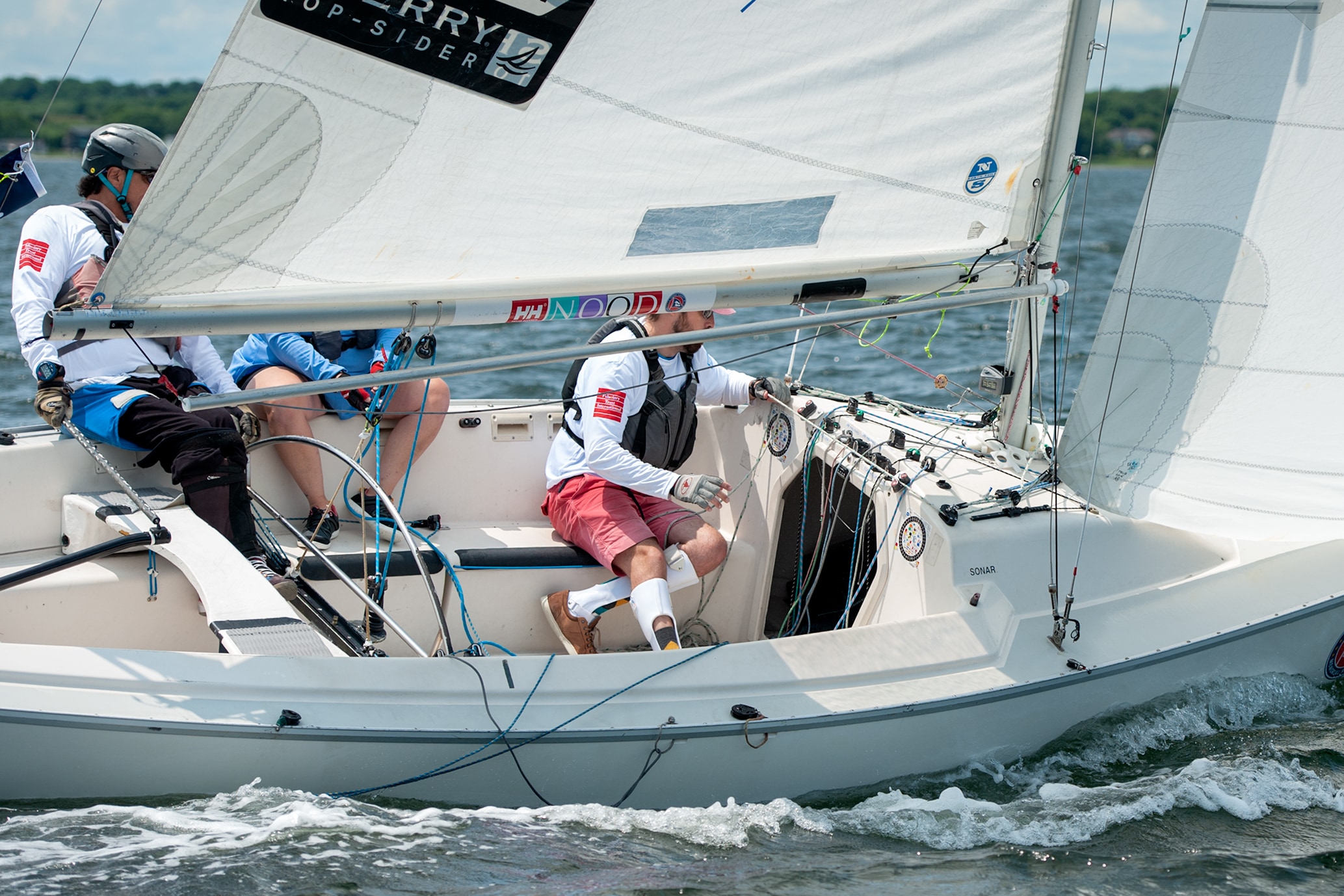 What kind of sailboat is a Sonar, and what are the features of this boat?

Sonars are a triple handed keelboat raced by both adaptive and able bodied sailors. The Sonar is used by sailors who enjoy a team mentality, who are often interested in racing in addition to cruising. The Sonar has a mileu of possible adaptions. Several are described below.

The video below shows both a transfer bench and an swiveling adapted Sonar seat (although the sound quality is poor),

The Sip and Puff joystick steering system is an option that helps individuals with limited mobility steer the Sonar. Find information on what a Sip and Puff system is, and where to purchase one.

Other adaptions include Stability bars and drop in seats are also used in tandem in the Sonar to help crew and skipper move from side to side as the boat sails.