Smoothing the Waters for Sailors With Disabilities 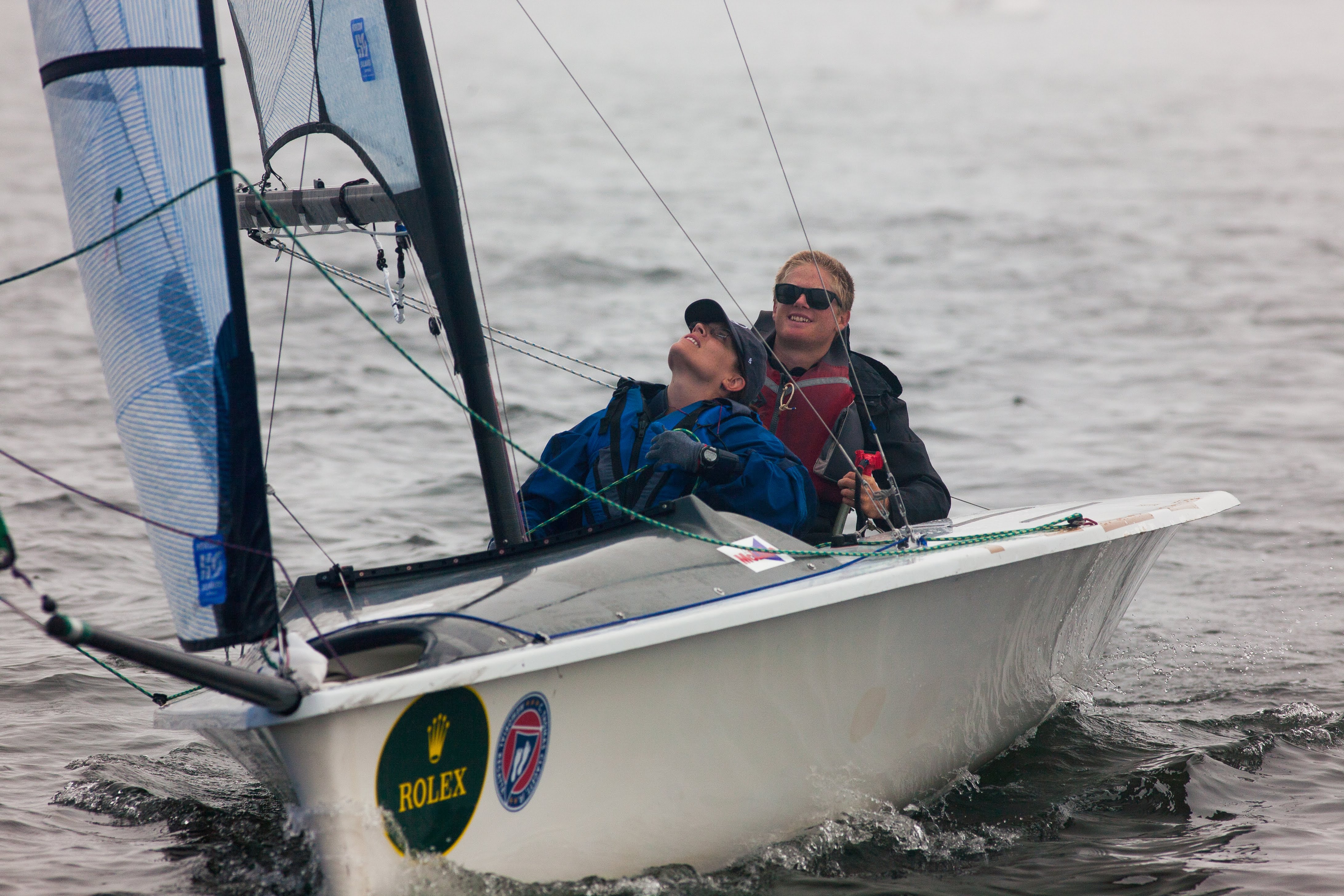 NEWPORT, R.I. (June 22, 2012) – When competitors hit the water for the 2012 C. Thomas Clagett Jr. Memorial Clinic and Regatta from July 6-9 at Sail Newport, they will be helping to mark the 10th anniversary of this remarkable event for sailors with disabilities. From its start as an event for a single class of boat, The Clagett not only has evolved over the years to include all three boats which have been chosen for Paralympic competition but also has become widely respected as North America’s premier event for sailors with disabilities.

The hallmark of the event has long been the pre-race clinic for competitors – to be held this year on Friday, July 6. However, for the second consecutive year, organizers will concurrently run a safety seminar for race committee members and other on-the-water volunteers which will address the types of issues first responders might encounter when coming to the assistance of a person with disabilities. The majority of sailors who participate in events such as The Clagett Regatta are managing limb amputations or neurological disabilities (including spinal cord injury, Multiple Sclerosis and Muscular Dystrophy), and accessing their boats, both at the dock and on the water, can be a major challenge. To assist on the docks, three hydraulic-powered lifts – which the organizers purchased with the aid of a Quality of Life Grant from the Christopher & Dana Reeve Foundation – will be installed to enable wheelchair-bound sailors to smoothly transfer in and out of their boats. One of the lifts, as a legacy from the event to the community, will be available through Sail Newport, Rhode Island’s community sailing center, to enable any mobility-challenged boater to get on and off the water.

The Clagett Safety Seminar will also cover how the design of each of the Paralympic boats, and the classification rating of the competitor, can impact the way in which assistance may be rendered. With the 2.4 Metre, which sits at water level with only the sailor’s head and shoulders visible, the pump can become broken allowing the boat to fill with water while continuing to float. The boat must first be pumped out before the sailor can be assisted, and while many competitors wear dry suits, one who is prone to hypothermia because of an inability to control body temperature (typical in a T6 spinal injury) will need special attention.

In the two-person SKUD-18, the skipper and crew are both strapped into seats. The skipper will have limited arm strength and mobility, and usually his or her feet are also strapped in. The crew is generally more mobile, but will wear a chest strap and sit near a bar that holds all of the lines that control the sails on the boat. Hypothermia and overheating are both very important considerations when dealing with SKUD-18 sailors.

The 23’ Sonar races with a crew of three sailors of very diverse mobility, and while some skippers are strapped in and some crew tethered to bars, these sailors can fall out of the boat.

The Clagett Safety Seminar is appropriate for anyone interested in doing race committee work. It will take place under the regatta tent starting at 1:00 p.m. on Friday, July 6, and there is no fee to attend. To register or obtain additional information, phone 401-846-4470 or write cmr@clagettregatta.org

A grant from the Rhode Island Foundation, the state’s community foundation, is the latest milestone in the decade-long life of the C. Thomas Clagett Jr. Memorial Clinic and Regatta. The grant provides funding for the 2012 event, which is being used for athlete prep prior to the 2012 Paralympic Regatta which takes place the first week of September in Weymouth, England. The Clagett hopes to continue playing its part in the medal success of event veterans: the five American and six Canadian sailors who represented North America at the 2008 Paralympic Games had participated in the 2008 C. Thomas Clagett Jr. Memorial Regatta as a final step in preparing for the competition in China; collectively, those sailors produced two gold and two bronze medals. The 2012 regatta is also supported by Newman’s Own Foundation and the Donaldson Charitable Trust. Fiduciary Trust International, Chartis Insurance, and Innovative Construction Inc. have also provided significant financial support for the running of the event.