Racing is underway at the 15th Clagett 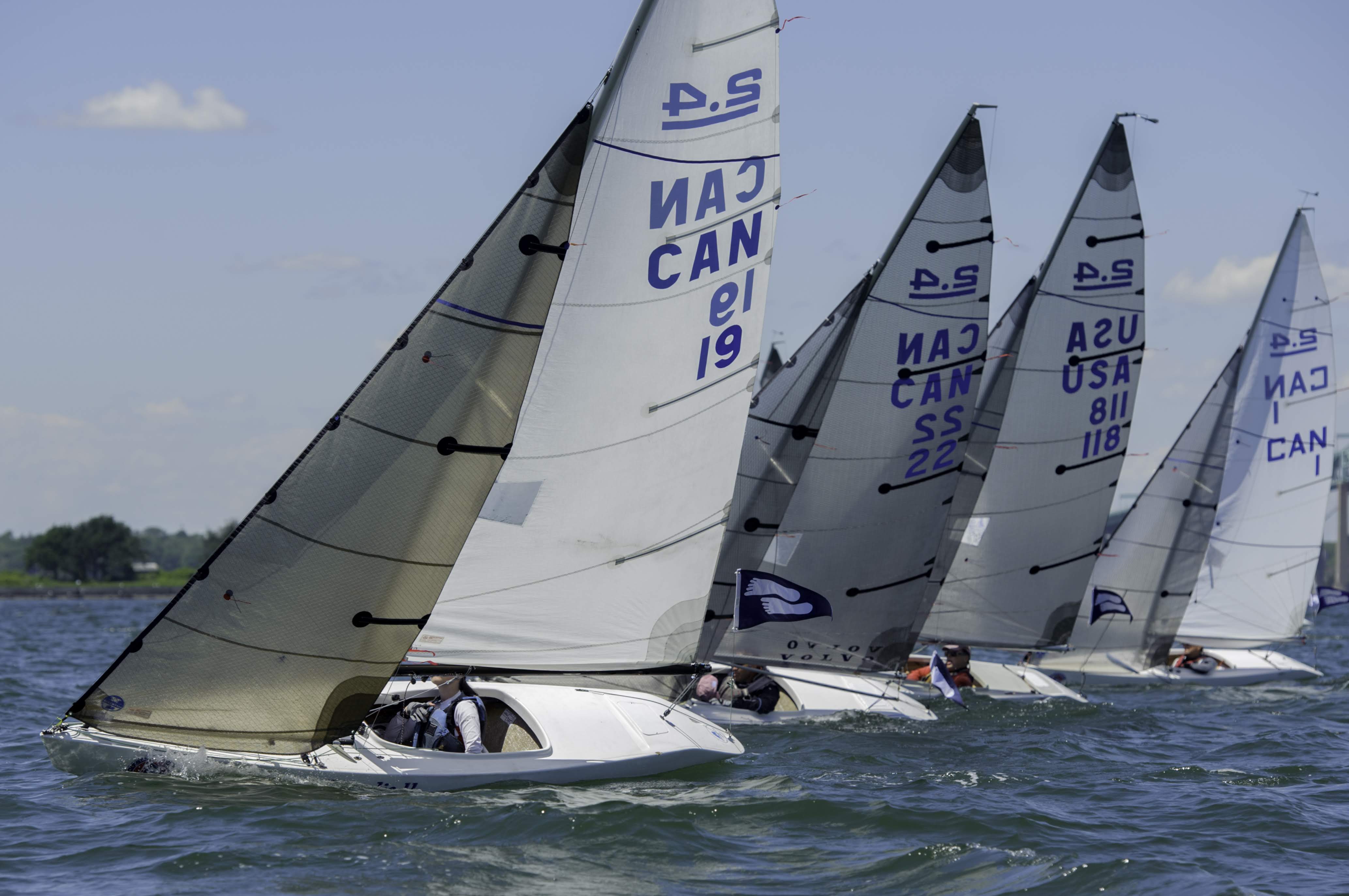 NEWPORT, R.I. (June 23, 2017) – The twenty one boats registered for the 15th C. Thomas Clagett, Jr. Memorial Clinic and Regatta were greeted with an established Southerly breeze in Newport today. The race committee held a morning briefing and sent the fleet out to the race course which was set between Rose and Goat Island.

In the 2.4mR class local sailor Ted Green II (North Kingston, RI) made it look easy for the first three races of the day winning all three and finishing the fourth race with a sixth, to lead the fleet with a five point separation from Charlie Rosenfield ( Woodstock, CT) in second place. Tied in equal third on 18 points are Tony Pocklington (Ft. Meyers, FL) and Canadian Paul Tingley (Halifax, Nova Scotia).

"I've had a great day and am lucky to have a fast boat with fast sails. I had good starts until the fourth race and that wasn't as good as my earlier ones and then I fouled another boat at the top mark and had to do my turns. I spent the last part of the race looking at a lot of transoms!" said Green at the dock.

Tingley, a bronze medalist from the Rio Paralympics in the Sonar, is returning to the 2.4mR after having a five year break to sail the three person Sonar, commented after racing, "I am racing in the 2.4mR that I bought in 2004 so I think it might be one of the oldest boats in the fleet. The 2.4mR is a totally different animal to the Sonar and I'm loving being back in the boat. I was doing everything I could to slow Ted down on the down wind runs today."

The three Sonar teams racing, have traveled from Chicago, Florida and New York to see who will come out on top after the three days of The Clagett. At the start of race three an incident between a Sonar and 2.4mR saw the 2.4mR sailor, Siobhan MacDonald ( Mabou, Nova Scotia), dismasted and as a result both boats were disqualified from their respective races as a result of a protest. McDonald has been able to source a replacement mast and will be back racing tomorrow.

Racing will hopefully continue tomorrow, the current weather forecast is for thunderstorms and possible strong winds mainly before 1pm. The race committee have advised competitors that there will be an announcement made early in the day regarding racing.