Plenty of breeze for day one of racing at The Clagett 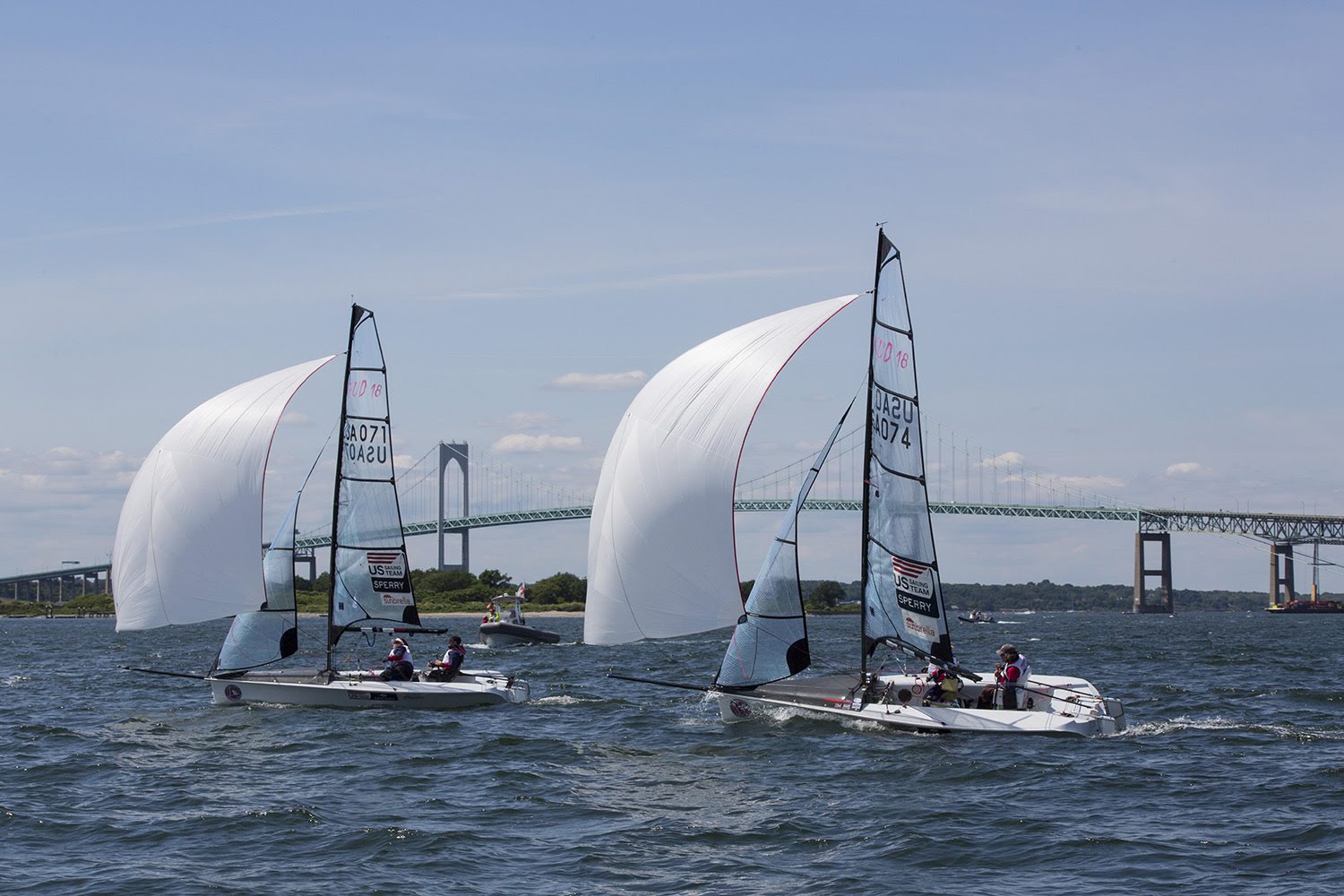 NEWPORT, R.I. (June 26, 2015) – For the three fleets racing at the 13th C. Thomas Clagett, Jr. Memorial Clinic and Regatta in Newport RI, the race committee set a northerly course between Rose and Goat Islands, for the five races held today.

"We had an a' typical Northerly all day. We never got the thermal warm up as the cloud cover stayed around for most of the day. We had 15kts of breeze that eased off over the five races today," said Principal Race Officer, Ron Hopkins (Bristol, RI).

"Today was a lot windier than we thought but we were well set up for the conditions and have been practicing for them. Brad has been back in the boat with Hugh and I since October last year and we started sailing in Miami in December in preparation for this year's events," commented Doerr dockside.

In the 2.4mR class Dee Smith (Annapolis, MD), who is sailing in his forth regatta in the 2.4mR, had a picket fence of results, finishing all four races in first place. Clagett stalwart Peter Wood (Ottawa, Canada) is placed in second on a count-back from Charlie Rosenfield (Woodstock, CT).

"It was a picture perfect day of racing in Newport. It's great to be back here in Newport racing and I managed even managed to stay afloat today, no sinking this time," remarked Smith after racing. ( At the Delta Lloyd regatta earlier this year Smith managed to swamp his 2.4mR and loose his position in the fleet)

The SKUD 18 class has the only all female team of Sarah Everhart Skeels (Tiverton, RI) and Cindy Walker (Middletown, RI) competing in this years Clagett. After the four races today, Ryan Porteous (San Diego, CA) and Maureen McKinnon (Marblehead, MA) are in first with Everhart Skeels and Walker one point behind in second.

"We had a great day of racing today with three good races. We retired from the fourth after hitting the mark with our boom and not doing our penalty turn soon enough," said Porteous.

Head Clagett coach Betsy Alison (Newport, RI), who has recently been appointed the Chairman of the Disabled Sailing Committee for ISAF, commented, " The sailors rose to the challenge of the conditions today. The breeze was slightly higher than we anticipated but it resulted in a fantastic day of sailing."

Racing continues tomorrow with a forecast for a Northerly breeze shifting to a South- South/West later in the day.