Picture perfect conditions for day one of racing at The Clagett 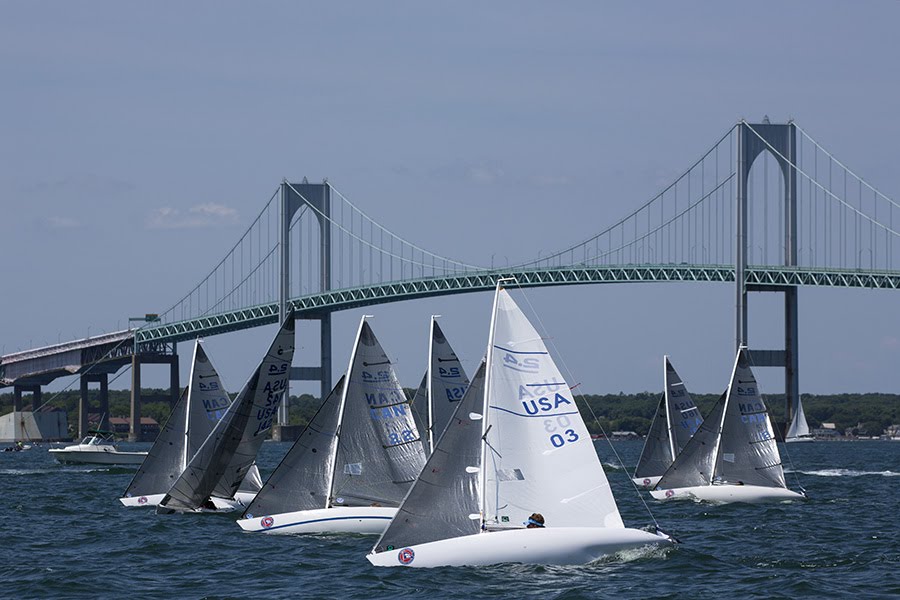 NEWPORT, R.I. (June 24, 2016) – Newport turned on the charm for day one of racing for the 22 sailors at the 14th C. Thomas Clagett, Jr. Memorial Clinic and Regatta. After a slight delay waiting for the breeze to settle, the race committee, led by Principal Race Officer (PRO) Tom Duggan (East Sandwich, MA) provided four races for the two classes taking part, the 2.4mR's and the Sonars.

"We had a challenging start to the morning followed by a spectacular afternoon. We got the first race of the day in with the Northerly and finished the three following races in the Sou'Easter. It was a beautiful day of racing on Narragansett Bay", commented Duggan after racing today.

Racing was held in between Rose and Goat Islands with the first race of the day in a Northerly breeze which moved into a building 15 knot Sou'Easterly breeze for the remainder of the day.

Leading the 2.4mR class, after winning all four races today, is Julio Reguero, from San Juan, Puerto Rico. "It was shifty but great racing today. We had a bit of everything in the conditions today, I managed to get clean starts and play the shifts. The Clagett in 2013 was my last Clagett and it's good to be back", remarked Reguero. Completing the top three places after day one for the 2.4mR's is Tim Ripley (Randolph, NJ) and Daniel Evans (St. Petersburg, FL).

Racing continues tomorrow with the forecast of North East breeze of five to nine knots becoming easterly later in the afternoon.

The 2016 Clagett is being held at Sail Newport, located in Fort Adams State Park, Newport, RI.