Mother Nature shuts down day one of racing for the 2021 Clagett Regatta and U.S. Para Sailing Championships 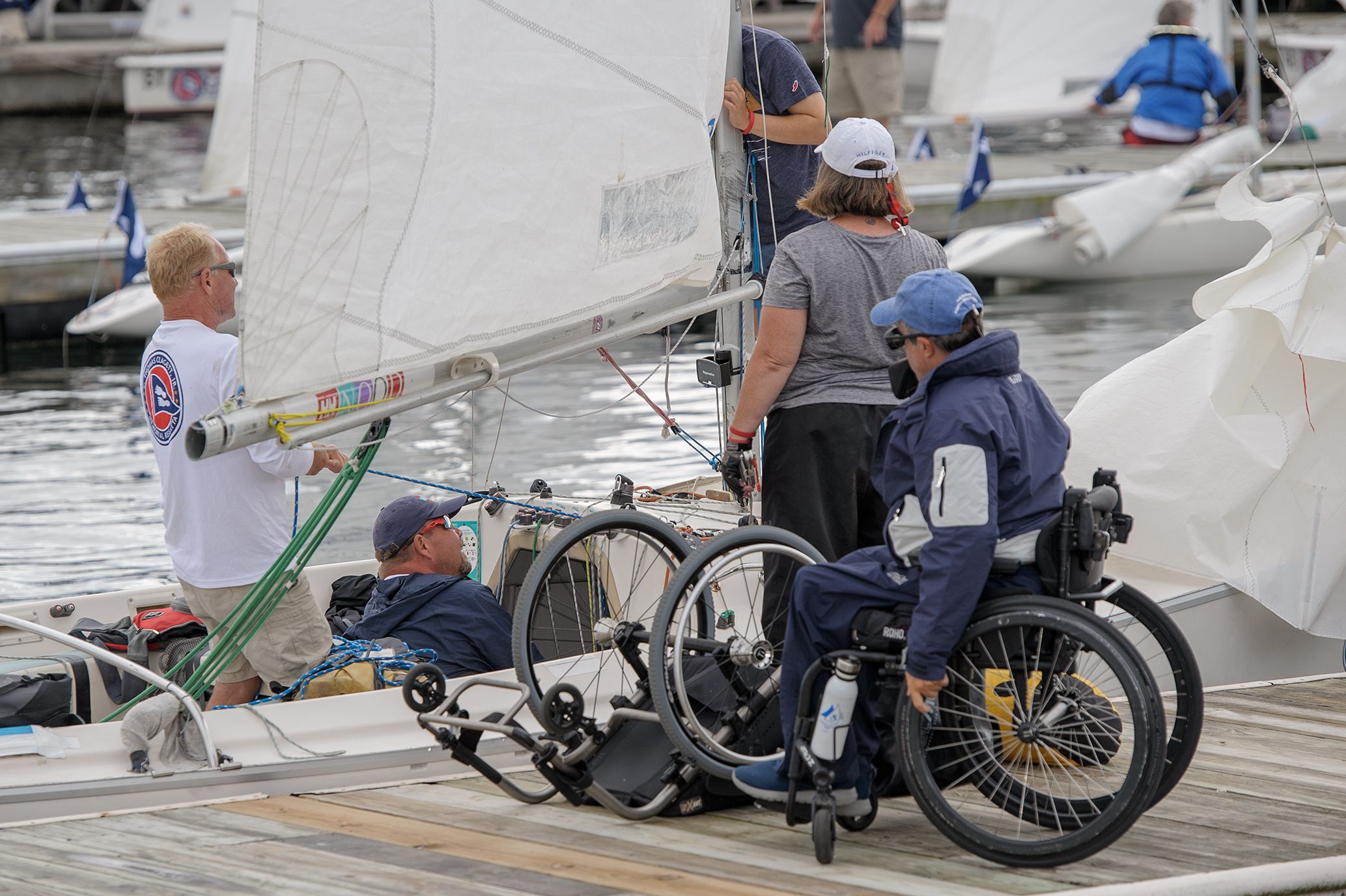 NEWPORT, R.I. (August 27, 2021) – Day one of the 2021 Clagett Regatta and U.S. Para Sailing Championships, mother nature decided not to play ball with the fleet held ashore under the postponement flag until 1pm on a hot and humid summer day. The race committee went out onto the course to see what was developing and shortly after some storms cells moving through the area caused the race committee to call for racing to be postponed for the rest of the day.

“Unfortunately today’s racing was called off due to weather but the sailors are ready to put the knowledge and skills they learned over the previous two days of the coaching clinic to use. Over 30 sailors will be on the start line tomorrow and come Sunday we will be crowning Clagett and U.S. Para Sailing Champions for 2021,” said Clagett Co-Founder and President Judy Clagett McLennan.

This year’s fleet has a number of competitors who are returning to Newport after a year’s hiatus due to COVID-19 along with a number of Clagett first timers.

Amongst the fleet is a mother and daughter duo of Maureen McKinnon, a competitor at the 2016 Rio Games and a Paralympic Gold Medalist at the 2008 Beijing Games, who is racing in the single handed 2.4mR class and her daughter Dana McKinnon Tucker who is sailing for the first time at The Clagett as crew for Timothy Brown in the double handed Martin 16 class.

Sailing in the Martin 16 class as crew with Nicholas Bryan-Brown is Albert Pierce, brother of Robie Pierce, a local Newport sailor who was the visionary for the Clagett Regatta.

The triple handed Sonar class has Sarah Everhart Skeels racing with crew Pauline Dowell, a blind sailor from Boston Mass. Joining them is Brown University sailing team member Emma Montgomery who is one of Skeels’ former students. They will line up against the Sonar team from Chicago skippered by Patrick LoDuca and the third boat in the fleet is from Lake George, N.Y skippered by Dave Whalen who uses the Sip and Puff technology to steer the boat instead of the traditional tiller.

About the C. Thomas Clagett, Jr. Memorial Clinic and Regatta

Founded in 2003, the C. Thomas Clagett, Jr. Memorial Clinic and Regatta honors the late Tom Clagett (1916-2001), a U.S. Navy World War II veteran who learned to sail on Chesapeake Bay. As a youngster he suffered temporary paralysis as the result of a bout of meningitis; an experience that left him with a deep respect for the accomplishments of people with disabilities. The Clagett’s stated mission is "to assist sailors in realizing their potential on the water by providing them both the knowledge and tools to improve their skills and the opportunity to use these skills in competition". Tom Clagett's motto was "Reach for Success", which resonates with every Clagett participant. Clagett competitors have seen medal success at the 2008, 2012 and 2016 Paralympic Games. Competitors often comment that, The Clagett, has improved their quality of life as they apply what is achieved on the water to everyday situations.