Father and son to go head to head at Clagett 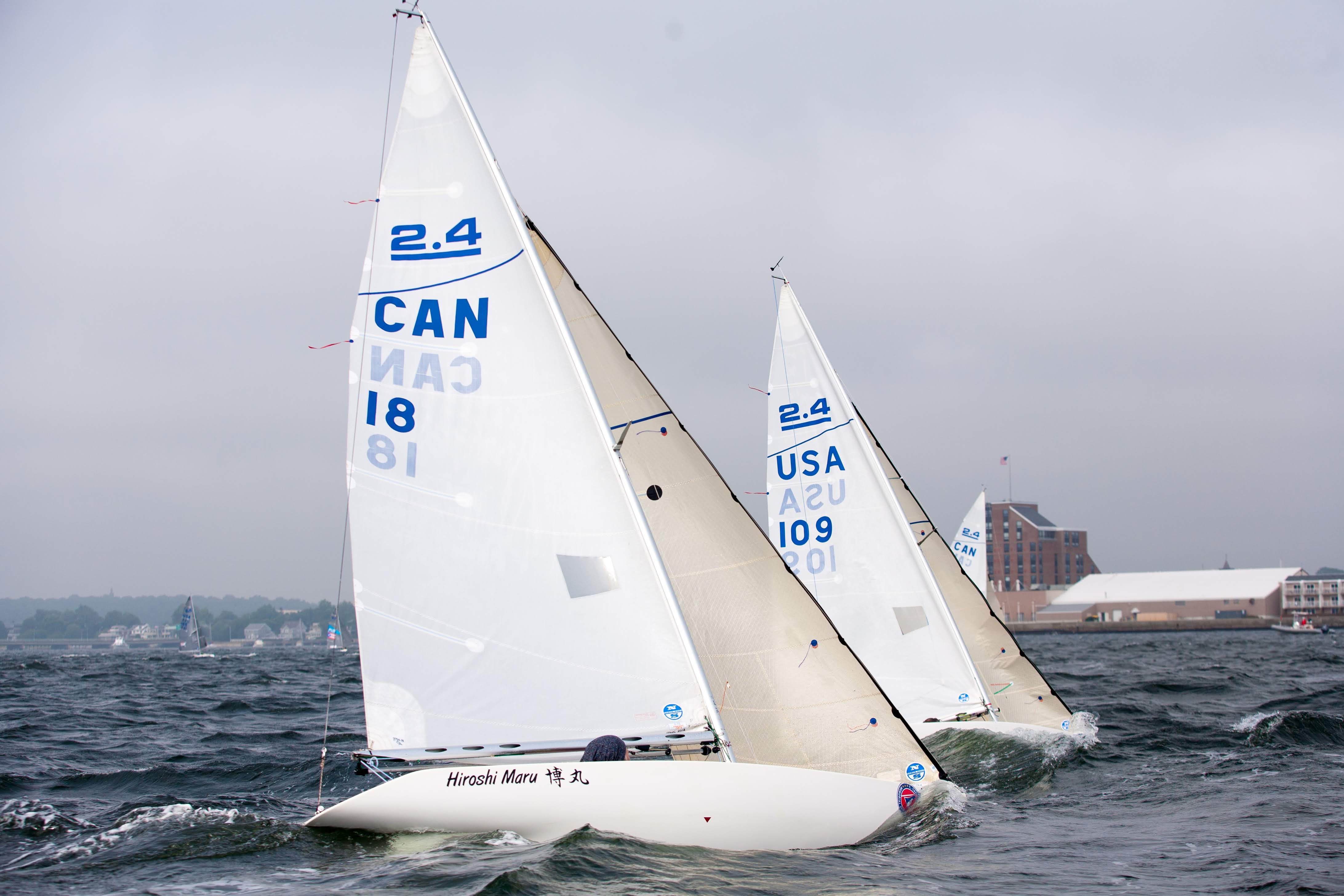 NEWPORT, R.I. (May 19, 2014) – The mission statement of the C. Thomas Clagett, Jr. Memorial Clinic and Regatta is "to provide sailors with disabilities the opportunity to improve their skills and reach personal goals through world-class coaching and competition". In the 12 year history of the event it has become known as "a must do" on the North American disabled sailing calendar.

Competitors from the USA, Canada and the US Virgin Islands have all registered to take part in the three classes that race at the Clagett - the 2.4mR, a single handed boat, the SKUD 18, a double handed skiff and the Sonar, a three person keel boat. The clinic which precedes the regatta each year will take place on June 12 and racing the following three days, June 13-15.

This year will be the first time Clagett will have a parent and child race against each other in the same class. Ted Green Sr. (II)(North Kingstown, RI) and Ted Green Jr.(Newport, RI) will throw down the gauntlet to each other as father and son race off against each other in the 2.4mR class. Green Jr. who is campaigning towards the 2.4mR spot on the Paralympic team for Rio in 2016, sailed in the 2.4mR boat for the first time at the Clagett regatta in 2013.

Green Jr. who recently graduated from the New York Maritime College commented, "The 2013 Clagett Regatta was my first event in the 2.4mR and it seems that this years event brings about yet another first for me, a chance to race 2.4mR’s against my Dad. My Dad, Ted Green II, first got a chance to sail the 2.4mR in Miami just after OCR. He liked sailing it so much that he decided to get a boat and after frequent talks with Mark Bryant he decided that a brand new Edge boat would be just what he needed to kick my butt. I have only sailed against my Dad two or three times in Lasers in the Newport Laser frostbite fleet, unfortunately he beat me for the day each time. I would be lying if I said I am not concerned with how we match up, it's definitely a huge motivator to get out and get practicing, only 28 days until the first start."

He continued "Last year's Clagett Regatta was a great time and I look forward to seeing the same faces, as well as some more new ones out on the water this year. This event is one I feel really helps progress the level of sailing among those who take part in it. The clinic and the on the water coaching really gives everyone a level playing field and the chance to learn from different coaches who have different styles and theories about how to sail the boat. I very much looking forward to getting out on the water in mid June to start year two of my 2.4mR sailing career".

His father Ted Green Sr., who has sailed since he was nine years old, has raced in a number of classes on Narragansett Bay including the Etchells, Shields and Laser classes. "I last raced against Ted in the Laser, so thought it was about time to get back in a boat and line up against him on a start line so the Clagett and the 2.4mR it is".

Returning to familiar territory will be Clagett alumni, Canadian sailor Paul Tingley (Halifax, Nova Scotia). Tingley last raced at Clagett in the 2.4mR class and went on to win gold at the 2008 summer Paralympic games in the class. He returns in 2014 as skipper in the Sonar class sailing with Logan Campbell and Scott Lutes (Montreal, Canada) as his crew.

"We have a fantastic line up so far with entries from familiar faces and new ones as first timers to Clagett. We look forward to seeing the fleet take advantage of the clinic day on June 12 and then racing for the remaining three days of the event. Newman's Own Foundation and the RI Sailing Events Commission are amongst the grants the Clagett has been awarded this year and we would like to thank them for their support of this event. These grants enable Clagett to do what we do best - get disabled people on the water whether for the first or 100th time," said event founder and President Judy McLennan (Portsmouth, RI).