Enthusiasm and perseverance prevail despite light breeze at inaugural event 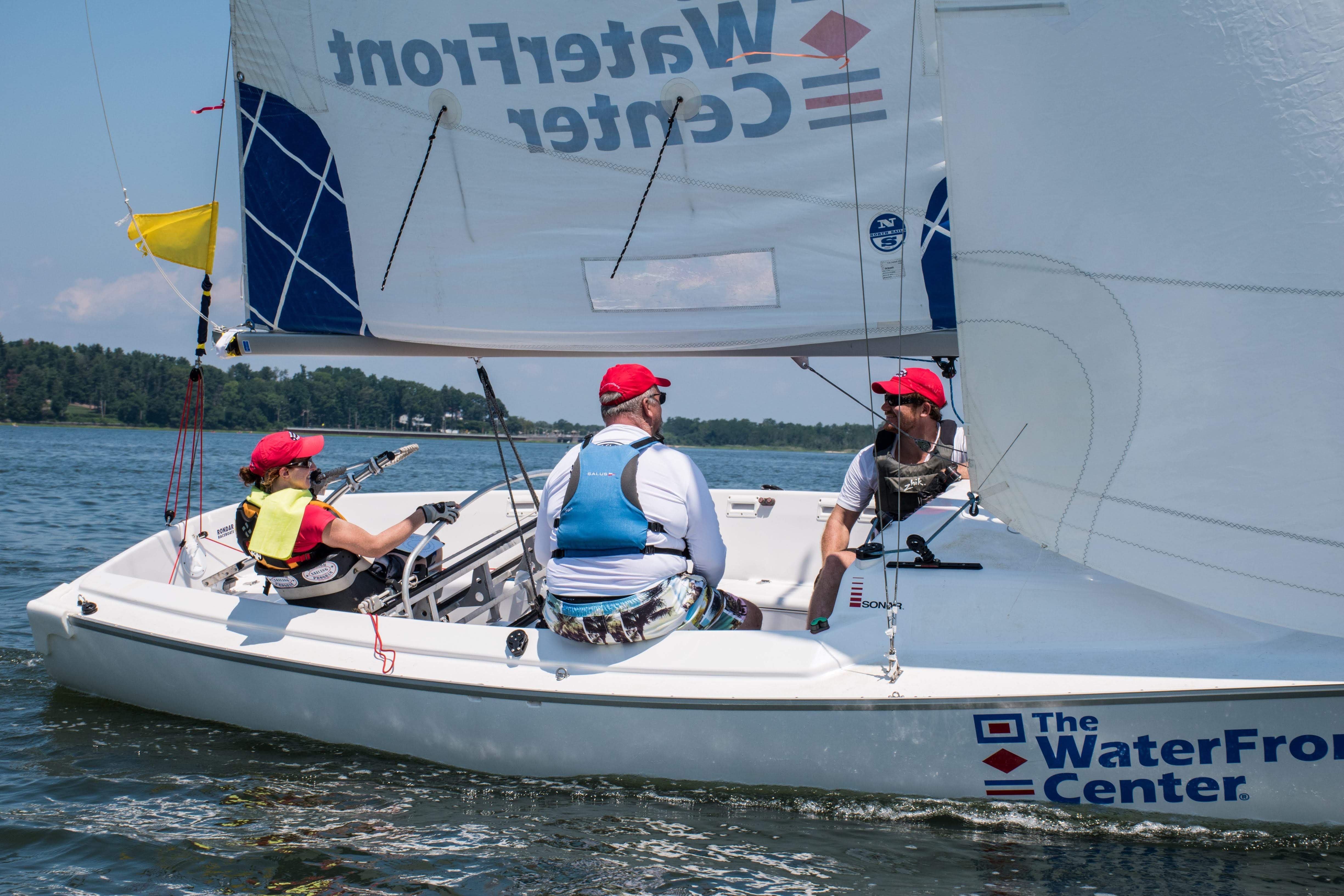 OYSTER BAY, NEW YORK (July 17, 2016) – An inspirational group of 24 sailors and countless volunteers gathered this weekend to take part in the inaugural Clagett/Oakcliff Match Race for sailors with adaptive needs. Led by the always entertaining coach Dave Perry, eight teams dove head first into the world of match racing, many for the first time in their otherwise prolific careers. Silver medalist Jen French (St. Petersburg, FL) led the way in Sunday’s racing and remained undefeated throughout the event.

Despite challenging conditions with shifty winds ranging from 0-5 knots and temperatures approaching the triple digits, the energetic group refused to let the sun get the best of them. Providing on-the-water support throughout the weekend was a remarkable team of volunteers from the SailAhead and Warrior Sailing Program.

After racing on Sunday, Sarah Everhart Skeels (Tiverton, RI) commented on match racing saying, “It’s a really fun way to sail. I would love to spend more time doing it.” She, like many others, also expressed a desire for more breeze saying, “I’ve had enough light air racing for a while now.”

At the awards ceremony, winning skipper Jen French presented Coach Dave Perry with a yellow Warrior Sailing Program hat as a token of appreciation for his efforts on and off the water. “He’s a phenomenal coach,” remarked Tim Ripley, “the way he keeps things organized on the water is amazing. He’s very skilled at herding cats.”

On Saturday, sailors received coaching on the intricacies of match racing before hitting the water to practice. Afterwards, the group gathered at Oakcliff Sailing to enjoy a barbecue and evening of laughter and socialization. During which, it was announced that the event would become a permanent fixture in the racing calendar, much to the delight of the sailors in attendance. Judy McLennan (Portsmouth, RI), Timmy Larr (Oyster Bay, NY), and Bill Simon (Oyster Bay, NY), among others, were also thanked for their efforts in organizing the event.