Doerr, Kendell and Freund nominated for US Sailing 2016 Rolex Yachtsman of the Year award 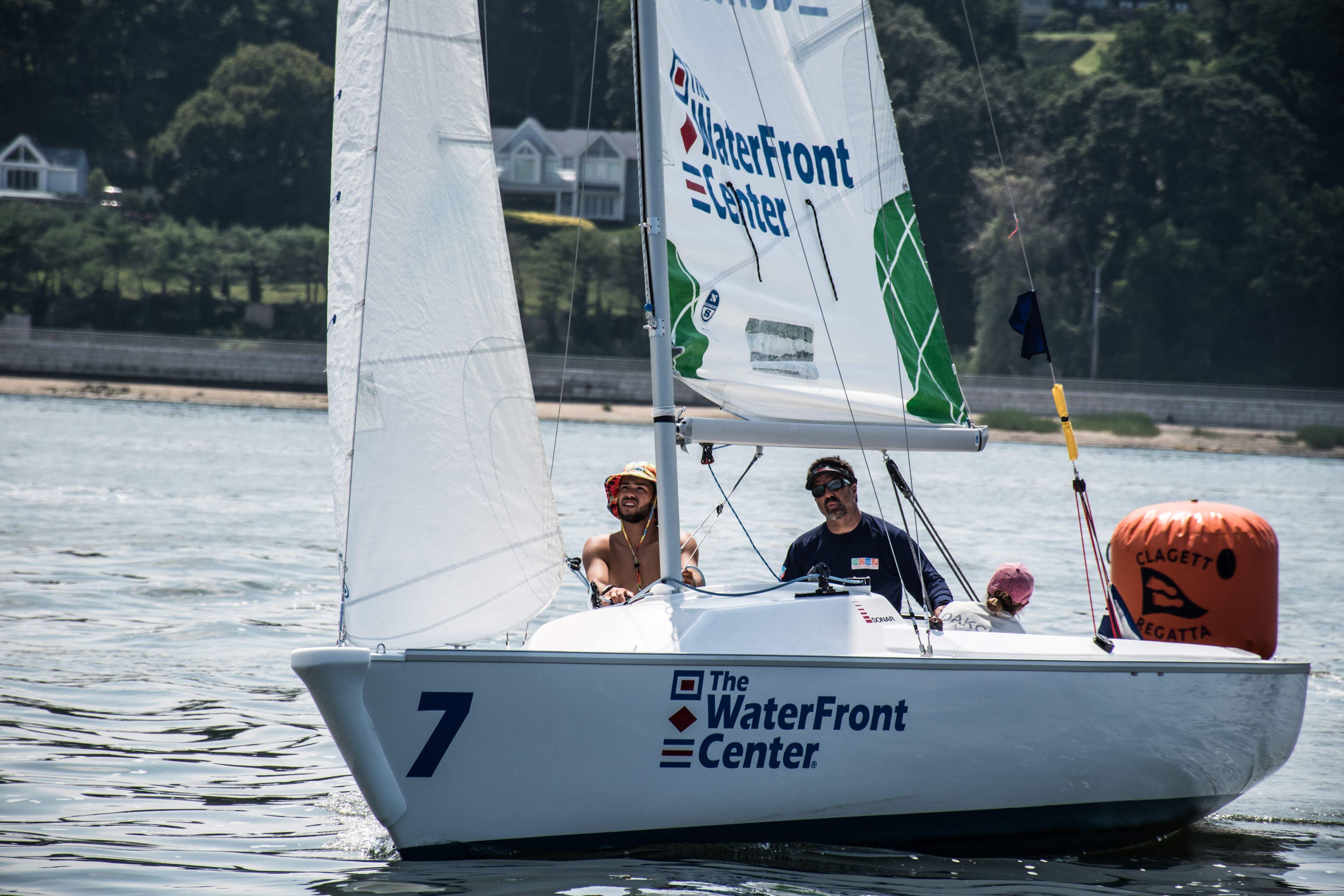 NEWPORT, R.I. (December 22, 2016) – After a year that they will remember always, Clagett sailors, Rick Doerr, Brad Kendell and Hugh Freund are the first disabled sailing team to have been nominated for the US Sailing 2016 Rolex Yachtsman of the Year award.

The Sonar team raced at the 2015 C. Thomas Clagett, Jr. Memorial Clinic and Regatta and came in second in the Sonar class against their fellow Rio medalists from Canada, Paul Tingley, Logan Campbell and Scott Lutes.

Doerr, Kendell and Freund won the Para World Sailing Championship title in the Sonar, in Medemblik, Netherlands in May 2016 and went on to bring home the Silver medal for the USA in the Sonar class at the Rio Paralympics.

"We are very proud to have the Sonar sailors Rick, Brad and Hugh, who have sailed at numerous Clagett regattas over the years, recognized for their fantastic efforts and be nominated for the 2016 Rolex Yachtsman of the Year award. For the team to be nominated is very special and shows that it was a team effort, not the result of an individual," commented Clagett President, Judy McLennan.

Peter Goldman, President of the Judd Goldman Adaptive Sailing Foundation and member of US Sailing Sailors with Disabilities committee remarked, " It’s great to see Rick Doerr, Brad Kendall and Hugh Freund all being nominated for Rolex Yachtsmen of the Year. Paralympic silver medalist and reigning Para Sailing World Sonar Champions, this is great for these guys and it’s great for disabled sailing. The only disabled sailors to have won the coveted Rolex award has been Jen French and the late Nick Scandone. Never has disabled sailing had a skipper AND crew win this honor. This particular crew displays great Corinthian spirit and has set a wonderful example worldwide for all sailors."

The 2016 Rolex Yachtsman of the Year award winners will be announced in January 2017 and the specially-engraved Rolex timepieces will be presented to the winners during a luncheon at the New York Yacht Club in Manhattan, on March 2, 2017.