Day two of racing is on the books for the 2021 Clagett Regatta and U.S. Para Sailing Championships 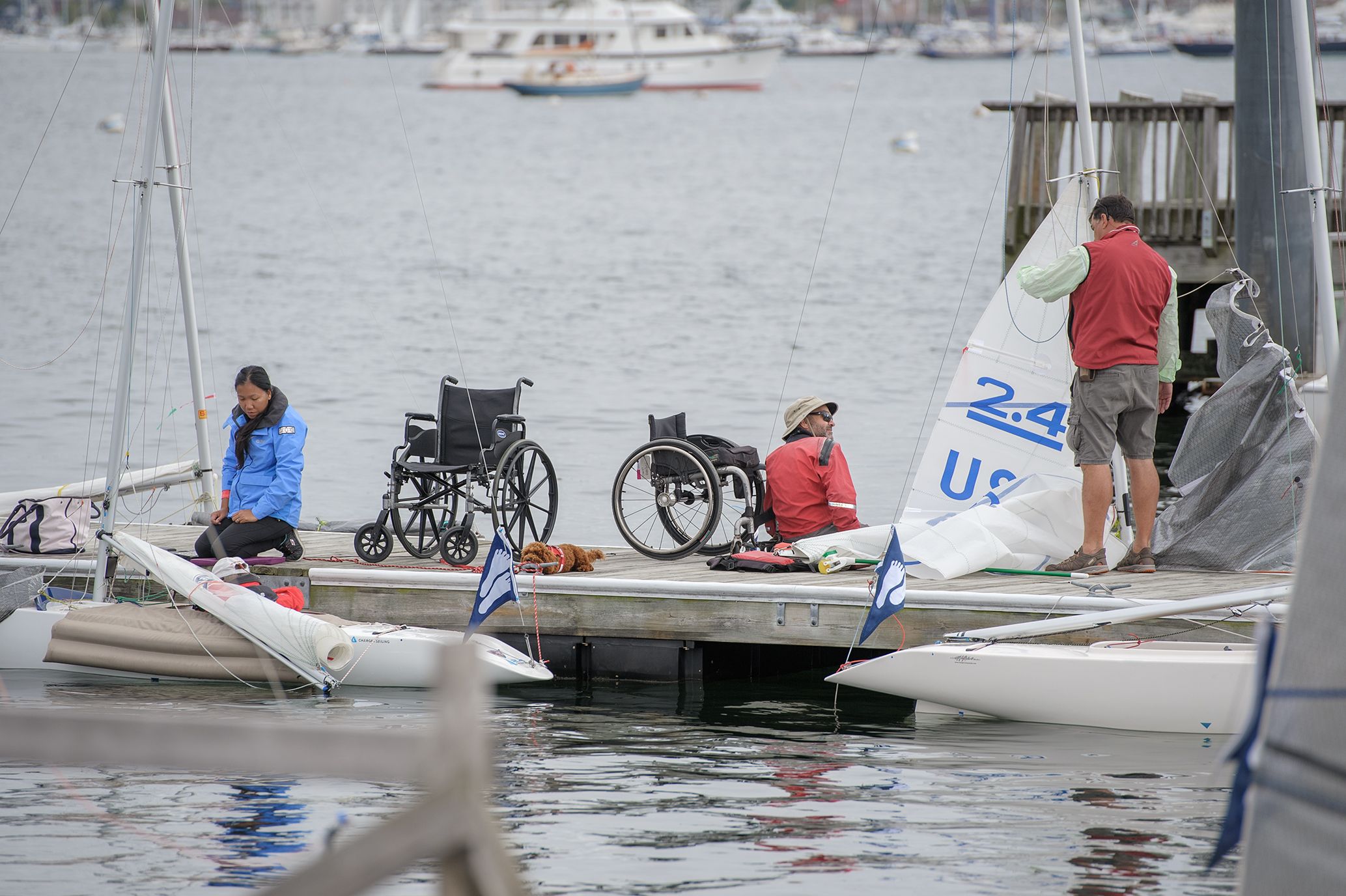 The race committee managed to produce four races for the sailors competing in the three classes. Racing for the 2.4mR and Martin 16 was held snugged up next to Rose Island and the Sonar fleet headed north of the Pell Bridge near Coasters Island to get four races completed as well.

Principal Race Officer Tom Duggan, who ran racing for the 2.4mR’s and Martin 16’s said after racing, “We had shifty breezes all day ranging from five to 11 knots and mostly from a East Nor East direction until the last race when it swung to the East South East.

On the Sonar course being run by Matt Hill, he talked about the conditions they had. “We had mostly from the East Nor East direction with quite a few changes in breeze direction. There were a lot of lead changes throughout the races and in race two all three boats finished within 10 seconds of each other.”

Leading the 15 boat 2.4mR fleet is Dee Smith from Florida, who represented the U.S. at the 2016 Paralympics. The most recent Clagett Boat Grant recipient Julio Reguero from Puerto Rico said after racing, “I’ve been getting to know the boat and been able to put everything I learned during the coaching clinic into practice. It was a great day on the water.”

The Sonars had some close racing with each team winning one race a piece and the team of Sarah Everhart Skeels, Pauline Dowell and Emma Montgomery scoring a second win to have them in first place after racing today. “We’ve developed a great crew dynamic during the coaching clinic and it has shown today in our results,” said Everhart Skeels dockside.

In the double handed Martin 16 class Californian Carwile LeRoy and local Newport crew Doug Horsey had a great day on the water with a scorecard of three first places and a second. “This is an amazingly run regatta the best around. Today’s racing was fantastic, thank heavens the weather improved,” said LeRoy.

Racing in the 2021 Clagett Regatta and U.S. Para Sailing Championships concludes tomorrow for the 23 boat regatta.

Clagett Co-Founder and President Judy Clagett McLennan said, “Silverware and titles will be awarded to the sailors who will take away the trophies and titles tomorrow, but more importantly they have gained skills and knowledge from the coaching clinic and regatta that will benefit them for years to come.”