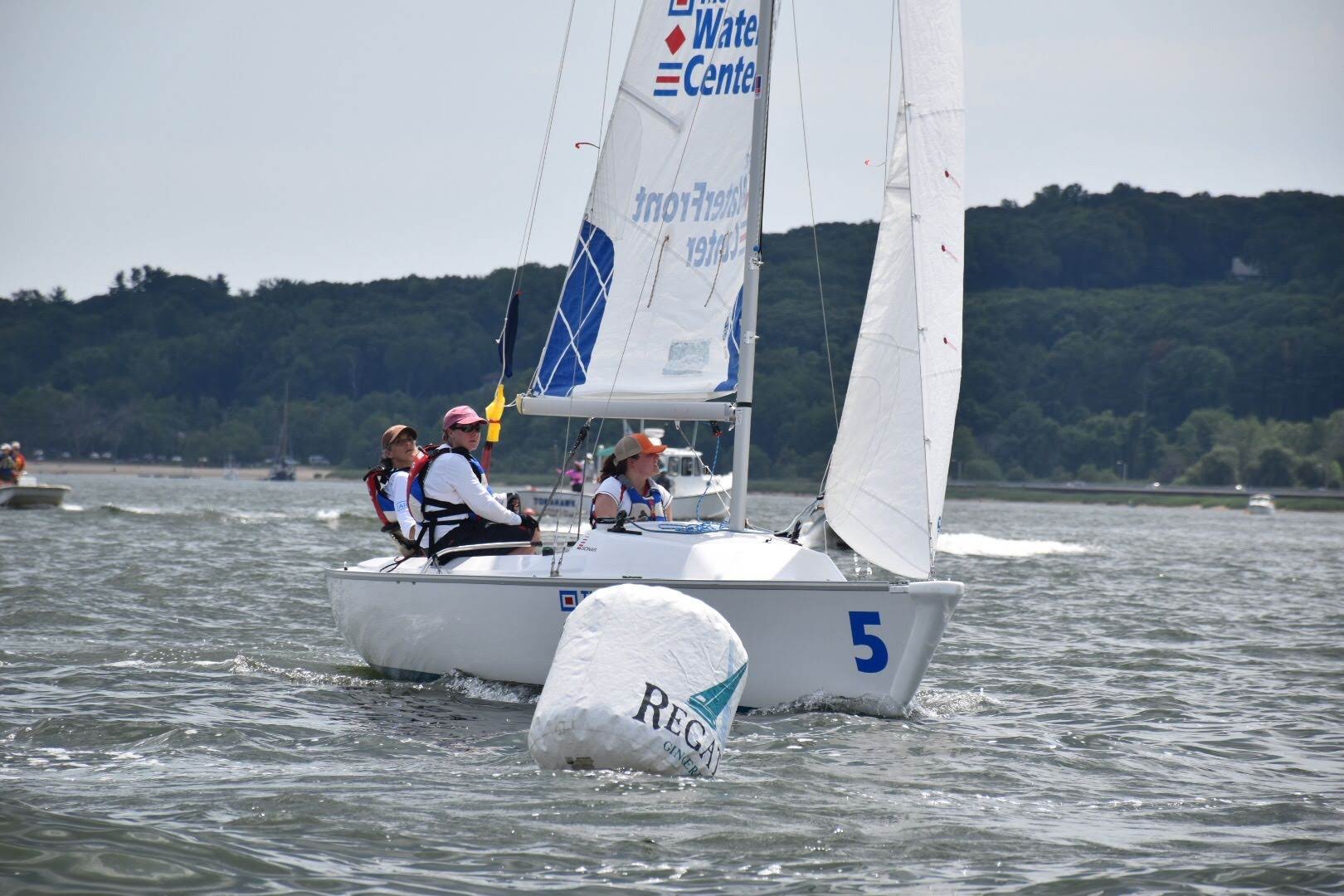 Oyster Bay, N.Y. (August 27, 2017) – The twenty seven competitors were served up a mixed bag of conditions at the second annual Clagett/Oakcliff Match Race Regatta for sailors with disabilities. Day one of racing saw a top of four knots of breeze with an increase of six up to eight knots for day two.

Dave Perry, who along with Dave Dellenbaugh were coaching the three day clinic and regatta, commented to Dowell and her crew after racing today," You were fundamentally sound and consistent; you let the other teams make the mistakes."

Dowell, who is heading to the Blind World Sailing Championships in Sheboygan, Wisconsin later this year, has sailed with Thaxton for two years and VanValkenburgh for three years. "We have very specific communication on the boat it's nearly like a specific sailing language. Last year I sailed in this regatta with a different crew and this year it's been my regular crew and that has made a difference. I sailed at the Blind Nationals where Dave Perry was coaching and we are constantly referring to the notes and his coaching information," she remarked after racing.

Joining the group for his first Clagett/Oakcliff Match Race Regatta and clinic, was Rio Paralympic silver medalist in the Sonar class, Rick Doerr (Clifton, N.J.). Doerr, who teamed up with Charles McClure (Brookline, Mass.) and Betsy Perry (Southport, Conn.) managed to finish up in second place after a tie breaker.

"This has been a tremendous opportunity and I've really enjoyed the clinic and regatta. We've learned so much about boat handling skills and sailing in really tight quarters while applying rules to those situations. This has been my and Charles' first match racing regatta and I will absolutely be back next year," said Doerr.

Returning to take part in the clinic and regatta were Clagett fleet racing regulars, Charlie Rosenfield and Tim Ripley who teamed up in the Sonar after spending many years in the singled handed 2.4mR. Joining Ripley and Rosenfield for this regatta was Stu Caplan (Larchmont, N.Y.) who as it turns out was the first person to teach Ripley sailing at the Sea Legs program in City Island. "It has been a great regatta and I enjoyed the company on the boat! We had great boat handling and I enjoyed the better breeze from last year. I will be back next year for sure and hope that Stu will be able to sail with us again," commented Rosenfield after the three days.