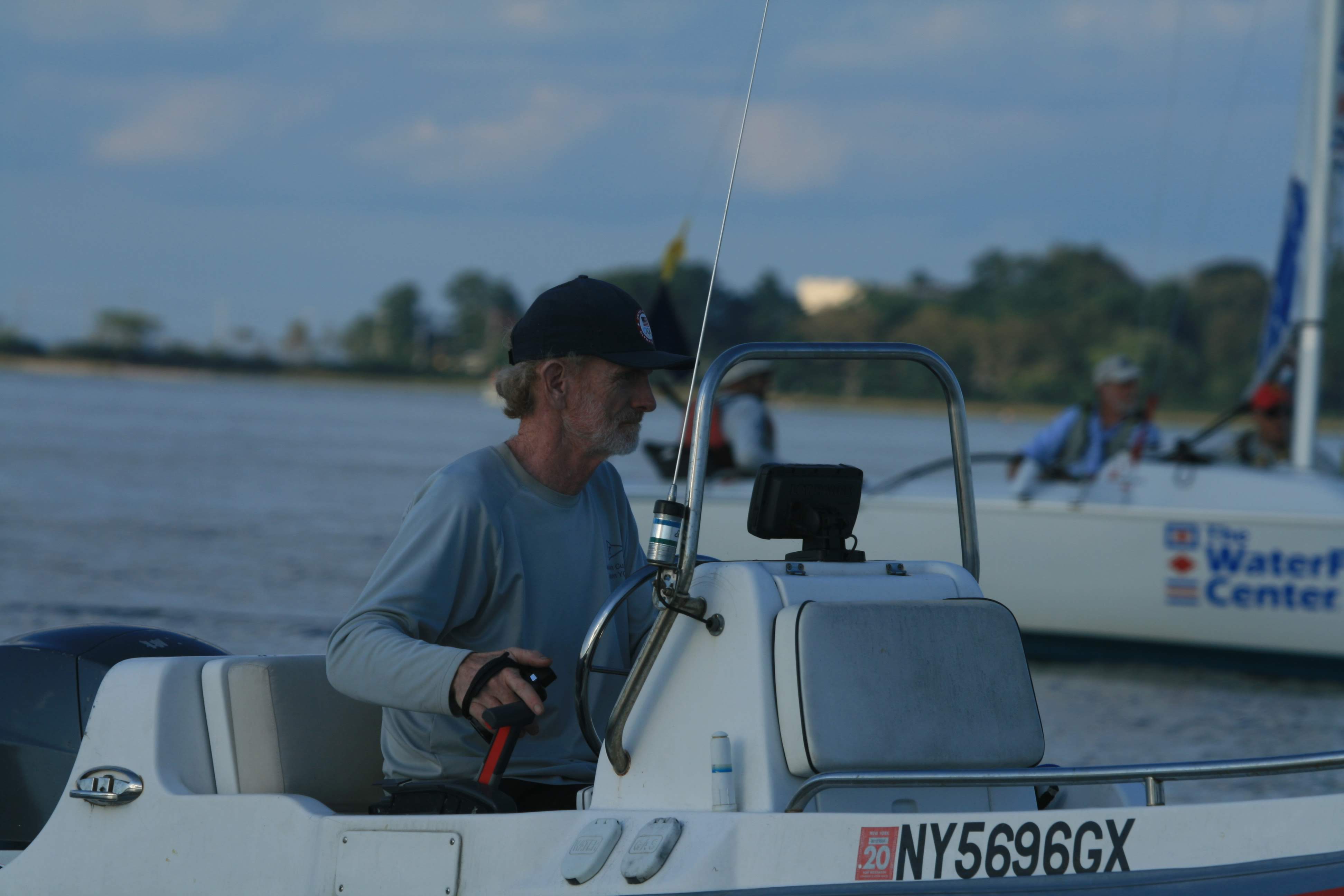 NEWPORT, R.I. (April 27, 2017) – 2017 will be the second year for the Clagett/Oakcliff Match Race Regatta for disabled sailors and it will see the return of Dave Perry (Southport, CT) as coach for the 10 teams racing and he will be joined this year by another Dave, Dave Dellenbaugh (Easton, CT).

In 2016, the C. Thomas Clagett, Jr. Memorial Clinic and Regatta and Oakcliff Sailing Center in Oyster Bay, NY along with The Waterfront Center, partnered to create the inaugural Clagett/Oakcliff Match Race regatta. The 2016 regatta, which had eight teams from across the US taking part will increase to 10 teams in 2017. It is expected there will be teams from the US, and international teams from Canada, parts of Europe and the Caribbean have expressed interest in attending.

"We look forward to seeing many teams from 2016 returning to the Clagett/Oakcliff Match Race Regatta this year. We are very pleased to announce there will be two highly respected match racing coaches, Dave Perry, who returns again this year and joining him is Dave Dellenbaugh. I know from talking with the sailors last year that they truly enjoy the opportunity to learn from Dave Perry. Having both Dave's at the regatta this year the sailors will benefit even more," commented Clagett President and Co-founder Judy Clagett McLennan (Portsmouth, RI).

Both Perry and Dellenbaugh have well respected reputations for providing coaching to sailors that is second to none. Sailors who have previously taken part and will be returning in 2017 have commented about the inaugural regatta being one of the best events they have had the opportunity to attend.

Perry, who grew up sailing on Long Island Sound, has been the recipient of numerous awards for his sailing and contribution to the sport. He is the author of a number of sailing related books including the North U Match Racing Playbook and Understanding the Racing Rules of Sailing through 2020. Perry was the Rules Advisor to the US Olympic Sailing team in 2008 and 2012 and to several America's Cup teams including Victory Challenge in 2007 and Artemis Racing in 2013 and for the upcoming America's Cup in June of this year.

"I am excited to work with the disabled sailing community again at the 2017 Clagett/Oakcliff Match Race Regatta. Last year we covered a lot of ground on match racing strategies and tactics, and the sailors did a great job in the match racing format. This year it will be good to build on that for those returning, and to expose all the sailors to the challenging sport of match racing," remarked Perry.

Dellenbaugh, who is the author of Speed and Smarts, was one of the coaches for the US Paralympic Sailing Team at the September 2016 Paralympic Games in Rio. He was responsible for creating the US Sailing Team's Tactics/Strategy playbook, the team rules advisor and coordinated the wind/current forecasting and preformed these duties for the US Olympic Team in Rio as well. During America3's successful America's Cup defense in 1992 he was the starting helmsman and tactician and has also sailed in three other America's Cup campaigns.

"I look forward to working with the sailors who were in Rio in 2016 at the Paralympics and to work with them in another racing format. These athletes will enjoy the challenges of match racing and having another sailing racing format as an option to pursue," commented Dellenbaugh.

The 2017 regatta will be raced in Sonars again this year which have been loaned to the regatta from both The Waterfront Center and Seawanhaka Corinthian Yacht Club. Scheduled for August 25-27, 2017, 10 teams will spend the first day and a half taking part in coaching and practice racing, followed by a match racing regatta for the remaining day and a half.

Teams from 2016, with adaptive needs sailors, are being invited to return to take part this year. Teams should form themselves and are being encouraged to bring a "new face" to help encourage growth in adaptive sailing participation. There will not be any classification of disabilities, but each team should self identify that at least the skipper, has a disability.

Organizers will again use the round robin format for racing so all the sailors will sail against each other.

"At Oakcliff Sailing we have had Dave Perry coach and Dave Dellenbaugh coach but never together. What a great opportunity to have two coaches who have coached Olympic match race teams work together to get these sailors up to speed in Sonars and match racing. This year we are adding two more teams, an extra day and an additional coach to give Dave and Dave plenty of time with each of the teams. More coaching and more sailing what a great way to improve on a highly successful event! " said Oakcliff Sailing Race Program Director Bill Simon (Oyster Bay, NY).