Celebrations for 15 years of The Clagett in 2017 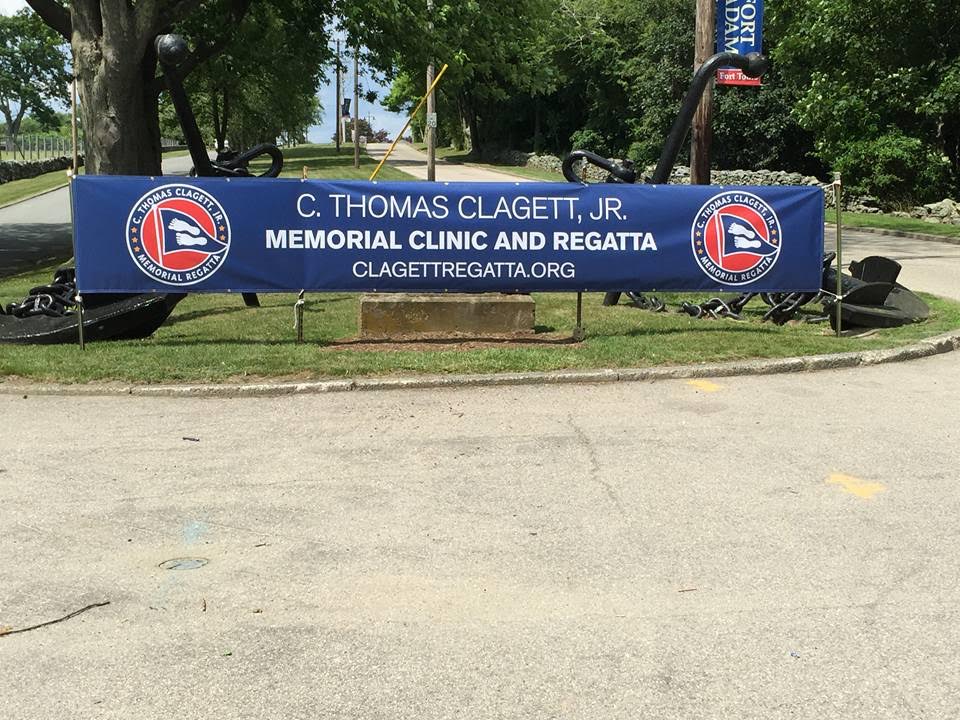 NEWPORT, R.I. (May 25, 2017) – In four weeks time, sailors from the US and Canada will arrive in Newport, RI to take part in a regatta that has become synonymous with achievement. The C. Thomas Clagett, Jr. Memorial Clinic and Regatta, being held for the 15th year, began as an idea when Robie Pierce met with Judy and Stephanie McLennan in 2002 and a year later, what is now a world renowned clinic and regatta, took to the water with five boats.

This year the 2.4mR and Sonar classes will be racing at The Clagett and the competitors will benefit from coaches, Betsy Alison (Newport, RI), Mike Ingham (Rochester, NY) and Brian Todd (Glen Haven, Nova Scotia, Canada), being on hand to provide coaching on and off water. Ingham returns to The Clagett after coaching the US Sonar team and winning a Silver medal at the 2016 Paralympics. This year the race management team is being led again by Principal Race Officer (PRO) Tom Duggan (Sandwich, MA) who was the PRO for the Paralympic sailing competition in Rio.

The Y-Knot sailing team of Dave Whalen (Scotia, NY) as helm, JR Hardenburgh (Dedham, MA) and Spencer Raggio (Malta, NY) will be sailing the Clagett Sonar and they will be assisted by a program volunteer Dan Kennedy.

Y-Knot program chair Spencer Raggio talked about the preparations the team is making, "It's been a whirlwind this spring, launching the new Sonar in early May and pulling together crew, adaptations and practice time to prepare for the Clagett Regatta in June, but also a lot of fun every step of the way. We're excited to be representing Y-Knot at the event, and looking forward to great sailing in Newport! "

"Sailing in the Clagett helped me get the racing mojo back that MS took away. It is the most fun handicapped sailboat racers can have! I learned how to sail growing up in CT on Long Island sound, and learned how to race on BostonHarbor, racing Solings for nine years in Boston. I have raced at Y-Knot on the Martin 16 for two years, " commented J.R. Hardenburgh, crew on the Y-Knot Sonar racing at The Clagett.

Another Sonar team, representing Team Paradise from Florida, is made up of graduates of the Warrior Sailing Program. " We are so proud of these graduates. The Warrior Sailing Program teaches them the basics and then it is up to the sailors to have the drive to take the skills they have learned to the next level," remarked Clagett President and Co-founder Judy McLennan (Portsmouth, RI).

The 2.4mR class, which has traditionally been the largest class racing at The Clagett, will have sailors traveling from Canada, Connecticut, Florida and hopefully Puerto Rico.

"We are thrilled to be welcoming sailors to the 15th Clagett this year. The first year of The Clagett had five boats taking part and now as we look back we have had Clagett sailors represent their countries and win medals at the last three Paralympic Games. I can't wait to see where the next 15 years will take us," commented Judy McLennan.