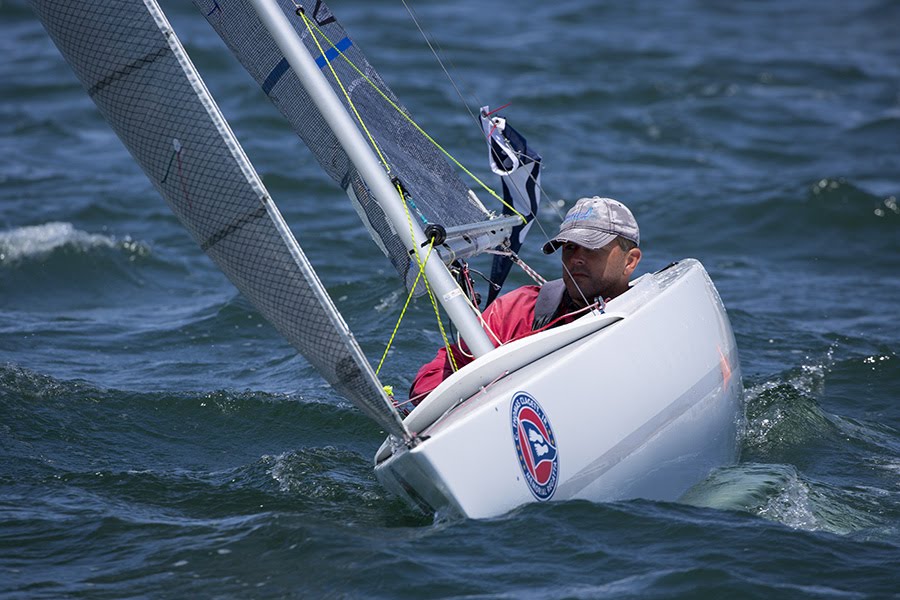 NEWPORT, R.I. (October 31, 2017) – The C. Thomas Clagett, Jr. Memorial Clinic and Regatta would like to invite North American community sailing programs and other sailing organizations aimed at expanding opportunities for sailors with adaptive needs, to apply for the 2017 Clagett Boat Grant Program.

On offer for the second Clagett Boat Grant Program, will be up to two 2.4mR boats with sails and trailer race ready.

In December of 2016, the Y-Knot program in Lake George, New York, was the recipient of the first of the Clagett Boat Grant Program boats, a Sonar, and they have been putting it to good use. Sailing the Sonar at The Clagett regatta in Newport this year the team won the Sonar class. They then put their Sonar sailing skills to use at the Clagett/Oakcliff Match Racing Regatta in Oyster Bay in August.

"The Clagett Regatta's award of a brand new Sonar to Y-Knot Sailing, through its Boat Grant Program, has had a huge impact on our adaptive sailing program. The publicity and excitement surrounding the award generated a lot of interest, both locally with new sailors and volunteers, and nationally as it brought Y-Knot recognition among the larger adaptive sailing community. We've developed several different seating and steering adaptations for the Sonar, including the sip and puff steering operation for our quadriplegic sailors. And taking that boat down to Newport and winning the Sonar fleet in the Clagett Regatta was the high point of a very busy and successful summer sailing season," commented Y-Knot Sailing program chair Spencer Raggio.

This year the boat that has been selected for the Boat Grant Program is the single handed 2.4mR, which has been retained as the technical boat for the bid to reinstate sailing to the Paralympic Games.

"This year we are pleased to be able to offer two 2.4mR boats from the Clagett Boat Grant Program. Applications can be for one or both boats depending on the needs of the organization applying. This year we raised the funds to purchase the two boats through a grant from the Newman's Own Foundation and the generosity of supporters at the annual Clagett fundraiser this year. The 2.4mR boat is one that sailors continue to comment is a challenge to sail for any sailor," remarked Clagett Co-founder and President Judy McLennan.

The deadline for applications for this boat grant is November 30, 2017.