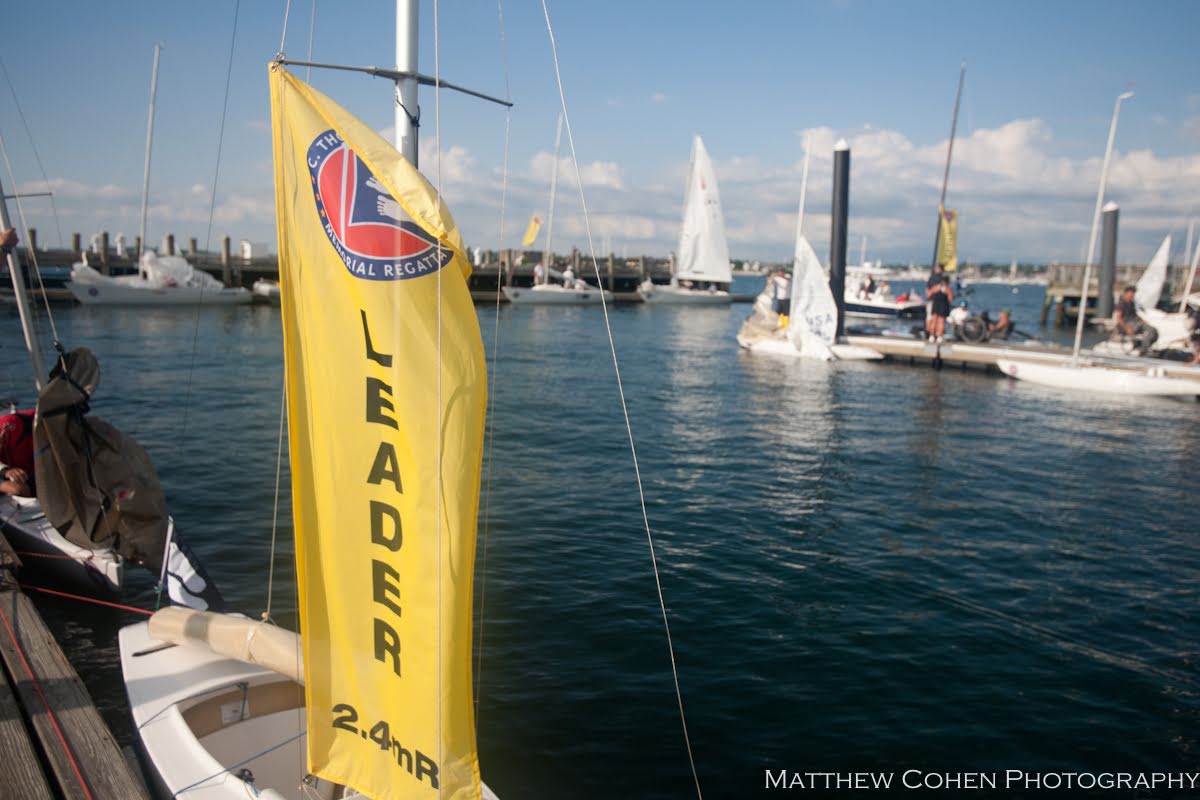 NEWPORT, R.I. (January 12, 2015) – The Notice of Race for the 2015 C. Thomas Clagett, Jr. Memorial Clinic and Regatta is now available at www.clagettregatta.org

2015 will be the 13th edition of The Clagett. Competitors from the USA, Canada and other countries, who sail in the Sonar, SKUD-18 and 2.4mR classes are invited to enter and take part in the clinic on Thursday June 25 followed by three days of racing, June 26-28 . The event will be hosted at Sail Newport with boats being docked at Fort Adam’s Alofsin Pier for the four day clinic and regatta.

Known for its world class coaching and race management, The Clagett brings together sailors of all levels. The event provides an opportunity for sailors to develop skills and learn new techniques during the pre regatta coaching clinic and to then apply these lessons on the water during competition, which takes place on Narragansett Bay, in the sailing mecca of Newport, RI.

Ted Green III, a local Newport, RI 2.4mR sailor, competed for the first time at The Clagett in 2013 and in 2014 he was the overall winner of the C. Thomas Clagett, Jr. trophy. " When it comes to sailing events everyone has at least one event that they mark on their calendars as a must, for me it’s The Clagett Regatta. The turnout gets better and better each year, keeping the competition tight and the starting lines crowded. The coaching both on and off the water has become a great part of the event as it introduces sailors to different techniques and approaches to getting around the course the fastest. It truly is hard to beat coming off the water after a quality day of racing, sitting with the other racers in your circle and having an insightful debrief with some of the best in the sport. Of course another important part of any event is the party, the Clagett has one every night, and with great food and cold beers, it is a great chance to hang out with everyone and share stories,” commented Green.

He continued, “Last summer I was really pushing for success, and in the end I edged out Peter Wood from Canada and came away with my first win and the highest honor of the event, The C. Thomas Clagett trophy. I am truly proud of winning this award last year as it reflects all the hard work I did before the regatta. After getting a chance to hoist up the trophy last year, I read the other names engraved on the trophy., Many of these winners have gone to the Paralympic games, which is something I would love to be a part of in the future. Now that my name is among theirs, it really pushes me to continue striving for the top."

"As we move into the second decade of the C. Thomas Clagett, Jr. Memorial Clinic and Regatta, we look forward to seeing many past participants return and bring with them new faces. Seeing people enjoy the freedom of sailing and the camaraderie that participants experience is what The Clagett is all about," said co-founder and President Judy McLennan (Portsmouth, RI).

The 2015 Notice of Race is now available here.