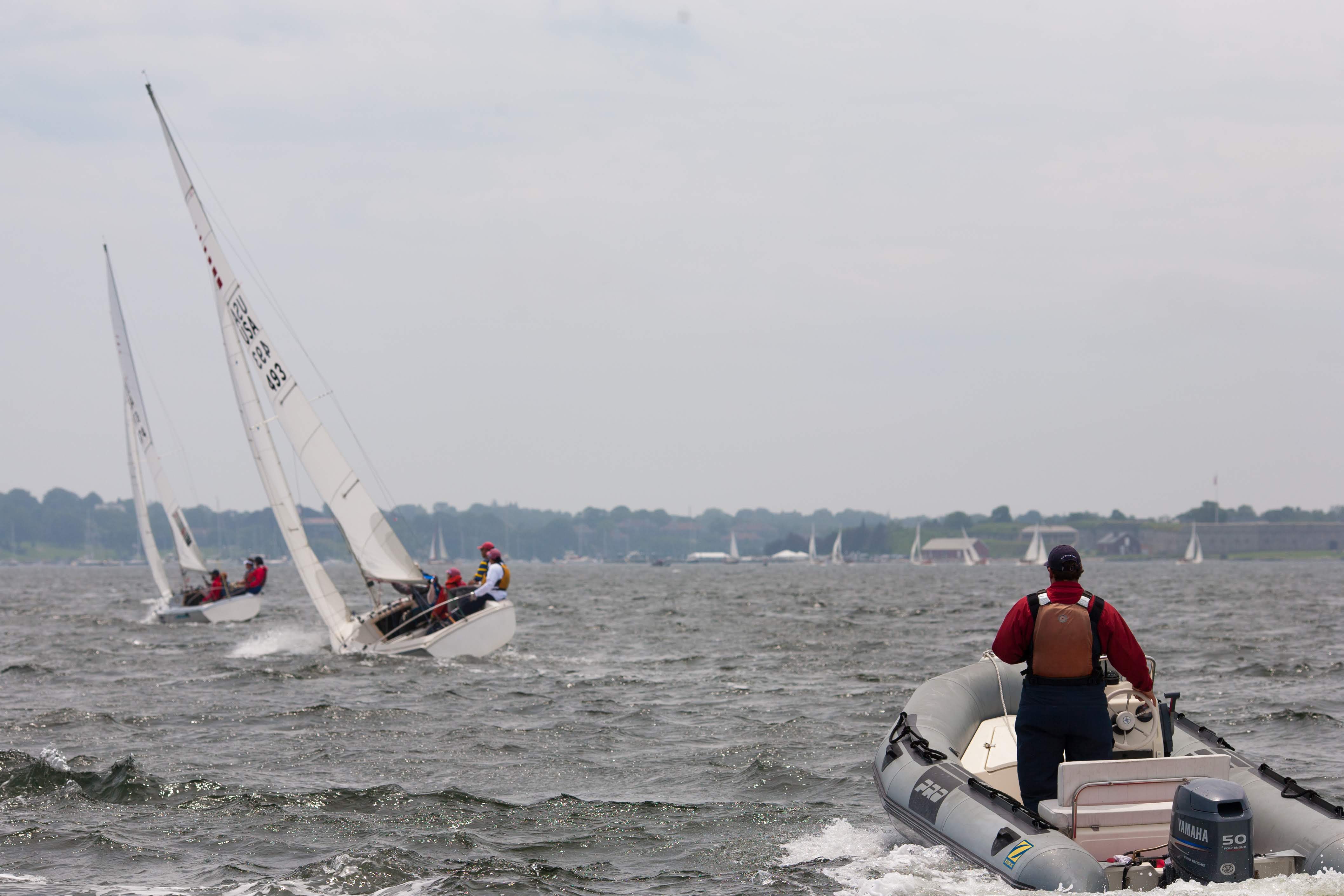 NEWPORT, R.I. (March 28, 2014) –The mission statement of the C. Thomas Clagett, Jr. Memorial Clinic and Regatta is "to provide sailors with disabilities the opportunity to improve their skills and reach personal goals through world-class coaching and competition.”

In keeping with this, the 2014 edition of the Clagett to be hosted by Sail Newport at Fort Adams State Park, June 12-15, will have an international line-up of coaches who will be working with competitors during both the clinic and regatta. Clagett participants have access to the five coaches both on and off water and will benefit from knowledge and skills development over the course of the four-day event.

Heading the coaching line up will be Betsy Alison (Newport, RI), who, as the US Sailing Team Disabled Coach, coached sailors to medal in the 2012 Paralympic games with a silver medal in the SKUD 18 class. Alison, a five-time Rolex US Sailor of the year, has been involved with the Clagett regatta since its inception. She was inducted in the 2011 inaugural class of the National Sailing Hall of Fame and has been honored twice as US Olympic Committee Coach of the Year. "This year we have a group of coaches with a vast depth of knowledge in the classes present at the Clagett. This will benefit the sailors, both long time sailors and those who are venturing into sailing for the first time," said Alison.

Returning to the Clagett for his fifth year as a coach is Craig Guthrie (Minot, ND). Guthrie, originally from Nova Scotia, Canada, will again be focused on the 2.4mR class. Along with Guthrie, Finnish sailor and coach Marko Dahlberg (Ylojarvi, Finland) will be on the water with the 2.4mR class. Dahlberg, a 2.4mR world champion, is currently working with 2.4mR sailors as coach with the US Sailing Team. In 2008 Dahlberg worked with USA 2.4mR sailor John Ruf, a Clagett regatta alumni, who went on to win bronze in the 2.4mR class at the Paralympic Games in Beijing.

Mike Ingham (Rochester, NY), fresh off winning the J/24 North American Championship in Mexico, will be joining Alison to coach the Sonar class. Ingham has a long coaching record, working with individuals, clubs, high schools, colleges- including URI, Yale, Cornell and national teams. He has about 25 national, continental and regional championship titles in a variety of one-design boats such as the J/24, Thistle, JY15, Tornado, IC and J/22 to his credit.

The SKUD 18 class will be coached by Mike Pinckney (Balboa, CA) who is currently head sailing coach at Balboa Yacht Club and a SKUD 18 specialist. Pinckney was coach for SKUD 18 sailor Nick Scandone at the 2008 Beijing Paralympic Games when he and crew Maureen McKinnon won gold. McKinnon has sailed regularly at the Clagett in a variety of classes. At the 2012 Paralympic games Pinckney was coach for the Canadian SKUD 18 team, where the team placed fourth and he is currently working with the US Sailing Team SKUD sailors. In 2008 Pinckney was honored with the Edward F. Kennedy Trophy and is a previous multiple winner of the Governor's Cup.

"We are extremely fortunate to have such a respected line up of coaches this year at the Clagett Clinic and Regatta. One of the founding missions of this event was to provide participants access to coaches to enable them to develop skills and knowledge that can then be put into practice during the regatta and the future," said event founder and President Judy McLennan (Portsmouth, RI).